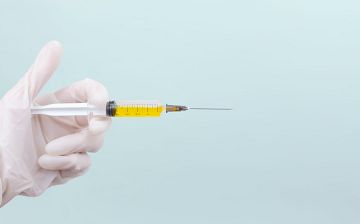 Impressive trial results for the R21/Matrix-M were published yesterday in the Lancet showing up to 80 percent protection against malaria in children aged five to 17 months. The vaccine, developed by scientists at the University of Oxford, was trialled in Burkina Faso with an initial cohort of 409 children.

The Oxford researchers – funded by the European and Developing Countries Clinical Trials Partnership 2 (EDCTP2), Wellcome Trust, and NIHR Oxford Biomedical Research Centre – are the first to meet the World Health Organization’s (WHO) Malaria Vaccine Technology Roadmap goal of a vaccine with 75 percent or greater efficiency over 12 months in the target population of Africa children.

Malaria Consortium Technical Director, Dr James Tibenderana, commented: “We welcome the remarkable results of the study in Burkina Faso, which demonstrates the valuable contribution which malaria vaccines add to the effective interventions against malaria as we collectively aim for a malaria-free world. We eagerly await results from the phase 3 trial and other studies in non-seasonal malaria transmission settings. We have learnt from the development and roll-out of COVID-19 vaccines, that the pathways to scale can be shorter while mitigating risks and optimising benefits. I hope these results motivate increased and sustained investments in research and development for malaria vaccines, and their equitable access, because they prevent malaria infections and save lives.”

Last year, in a milestone decision, the WHO recommended that the first malaria vaccine – the RTS,S/AS01 made by GSK – be provided to children living in sub-Saharan Africa to reduce malaria disease and burden. Like the R21 vaccine developed in Oxford, the RTS,S vaccine also targets the parasite before it enters the liver.

409 children took part in the randomised, controlled, double-blind trial, conducted at the Clinical Research Unit of Nanoro (CRUN) / Institut de Recherche en Sciences de la Santé (IRSS), between 2019 and 2020. Each received a primary three-dose vaccination with R21, followed by a booster a year later. The vaccine will require further approval, pending the outcome of a larger trial involving 4,800 children, due to be completed by the end of the year.

Malaria Consortium welcomes the Oxford team’s efforts to secure large scale manufacturing for this latest vaccine. The Serum Institute of India – the world's largest vaccine manufacturer – has committed to make more than 100 million doses of the R21 vaccine annually. Ensuring equitable access to a malaria vaccine, alongside existing, proven interventions such as long-lasting insecticidal nets (LLINs) and various forms of chemoprevention (such as seasonal malaria chemoprevention and perennial malaria chemoprevention), is critical to protecting those most vulnerable to the disease, pregnant women and young children, and making further progress to malaria elimination across sub-Saharan Africa where the burden of malaria is greatest.

WHO recommends RTS,S/AS01 malaria vaccine for children in sub-Saharan Africa