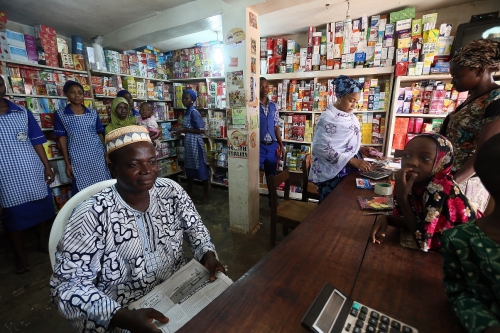 SuNMap -- Support to National Malaria Programme -- was set up to support the Nigerian government tackle the burden of malaria, a disease that costs the country at least $1bn a year and causes thousands of deaths annually. Whilst malaria is both preventable and treatable, the public health system in Nigeria is overstretched. SuNMaP, funded by the UK Government (UKaid) and managed by Malaria Consortium, aims to provide much-needed support in efforts to reduce the burden of malaria in Nigeria.

The commercial sector plays a major role in the distribution of antimalarials and the provision of nets. SuNMaP has been working to incorporate the private sector into its overall strategy to reduce malaria and seeks to support private vendors in their efforts to sell long-lasting insecticidal nets (LLINs). This has been accomplished through cost-sharing schemes and awareness campaigns that have resulted in increased demand, distribution and sales.

The Last Mile Newsletter May 2014

Type: ACCESS-SMC: Photo
« Back to Videos