Results from a major clinical trial in East Africa show that the survival rate for children in shock as a result of severe infections is, in fact, lower when the accepted practice of rapid fluid resuscitation is adhered to.

The FEAST trial (Fluid Expansion As Supportive Therapy), funded by the Medical Research Council , was conducted in hospitals across Uganda, Tanzania and Kenya, to assess which was the best method for raising fluid levels in children who are severely ill with blood infection such as malaria and sepsis and are unable to drink. The treatment, known as fluid resuscitation, provides sick children with large quantities of fluids intravenously very quickly.

With around one in 10 children in Africa admitted to hospital with malaria and septicaemia and already in a state of shock, the FEAST trial was set up with the hope that research into the best form of fluid resuscitation would help the many African children survive these deadly diseases. The presumption has always been that an initial rapid administration of fluid helps keep children alive long enough to allow the medication for the underlying infection to work. 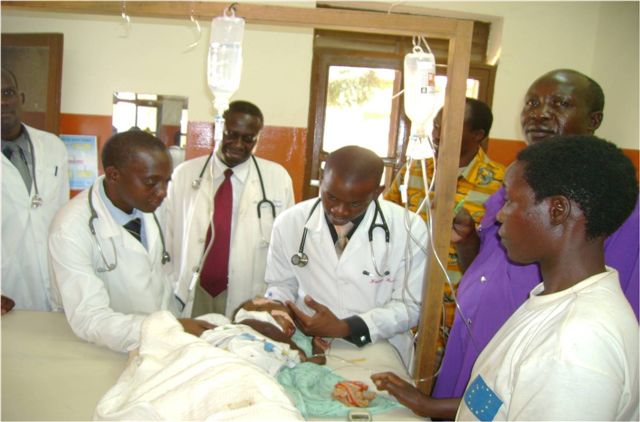 FEAST investigators and researchers in Tanzania, Uganda and Kenya surveyed the cases of over 3,000 children to look at which fluids worked best during that first rapid resuscitation. The findings, however, showed that in both cases there was actually a marked increase in the number of deaths within 24 hours compared with those children who did not receive the rapid influx of fluids.

This finding contravenes what is currently standard practice under WHO guidelines on how best to treat children who present with acute fever caused by malaria, sepsis and other common infections.

Speaking about the publication of the results, and what they might mean for the case management of critically ill children in Africa, Professor Sarah Kiguli, Chief Principal Investigator in Uganda said “The results went against the recommendations of WHO and the normal practice in wealthy countries, and this surprised me greatly. Finding this out before we started to encourage the use of fluid resuscitation children with severe infections and shock across Africa was incredibly important. It will save many lives in future.”

Malaria Consortium worked closely with the study investigators and the hospitals in Uganda to integrate the study into the routine service delivery systems.

Technical leadership for the trial was provided by the Clinical Trials Unit of the Medical Research Council in London (MRC-CTU) and the Paediatric Tropical Infectious Diseases and Critical Care Department, Imperial College London based at the KEMRI-Wellcome Trust Research Programme in Kenya. Professor Kathryn Maitland of Imperial College was the chief investigator. 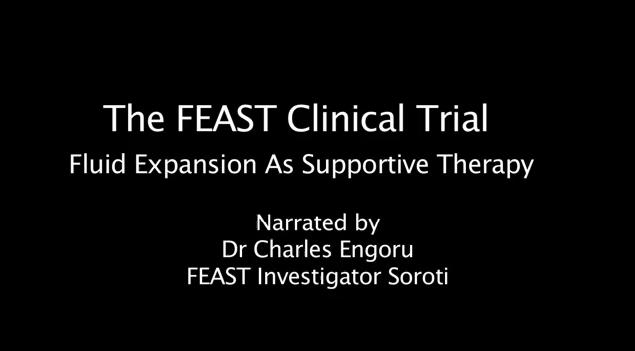 To watch the film which documents the key findings of FEAST, please click here.