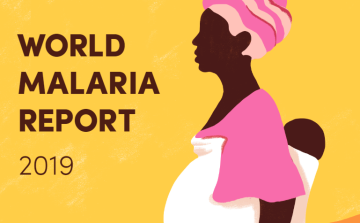 The report emphasises that the two groups most at risk from malaria are pregnant women and children under five – and that more needs to be done to prioritise support for these groups. Malaria Consortium echoes this call.

Children under the age of five accounted for two-thirds (67%) of the total malaria deaths in 2018, while an estimated 11 million pregnant women living in sub-Saharan Africa were infected with malaria. Malaria in pregnancy can lead to preterm birth and low birth weight – both of which are major contributors to neonatal and infant mortality. An estimated 872,000 children were born with a low birth weight due to malaria in pregnancy in 2018.

Currently, only 31% of pregnant women in sub-Saharan Africa receive the WHO-recommended three doses of intermittent preventive treatment in pregnancy (IPTp), which protects them from malaria. This means that more than two-thirds are not receiving the treatment they need to protect themselves and their unborn child.

“We urgently need to increase access to and use of IPTp for pregnant women in malaria-endemic countries if we want to come close to achieving the WHO’s malaria targets over the next decade,” says Dr James Tibenderana, Malaria Consortium’s Technical Director. “In every country where Malaria Consortium works, we strive to embed strategies to combat malaria in pregnancy into all national malaria control programmes. It is crucial that this vulnerable group is not forgotten.

The World Malaria Report notes that coverage of seasonal malaria chemoprevention (SMC) – which protects children under five from malaria during the rainy season in the Sahel subregion of Africa – increased again in 2018. Malaria Consortium’s supported SMC programme in Burkina Faso, Nigeria and Chad reached around six million vulnerable children this year, providing the drugs that will keep them malaria free.

However, progress in reducing the rate of new malaria infections and deaths has slowed, the report says, and critical global targets are set to be missed. It calls for new malaria-fighting tools and strategies – as well as increased domestic funding – to accelerate the pace of progress.

“To get back on track in the fight against malaria, we urgently need to improve data surveillance systems,” said Tibenderana. “It is vital that we are able to track the number of malaria cases, identify upsurges and monitor the spread of resistance so that we can target interventions effectively. Data is fundamental to all of our malaria projects, and we work closely with governments to build surveillance into their health systems.”