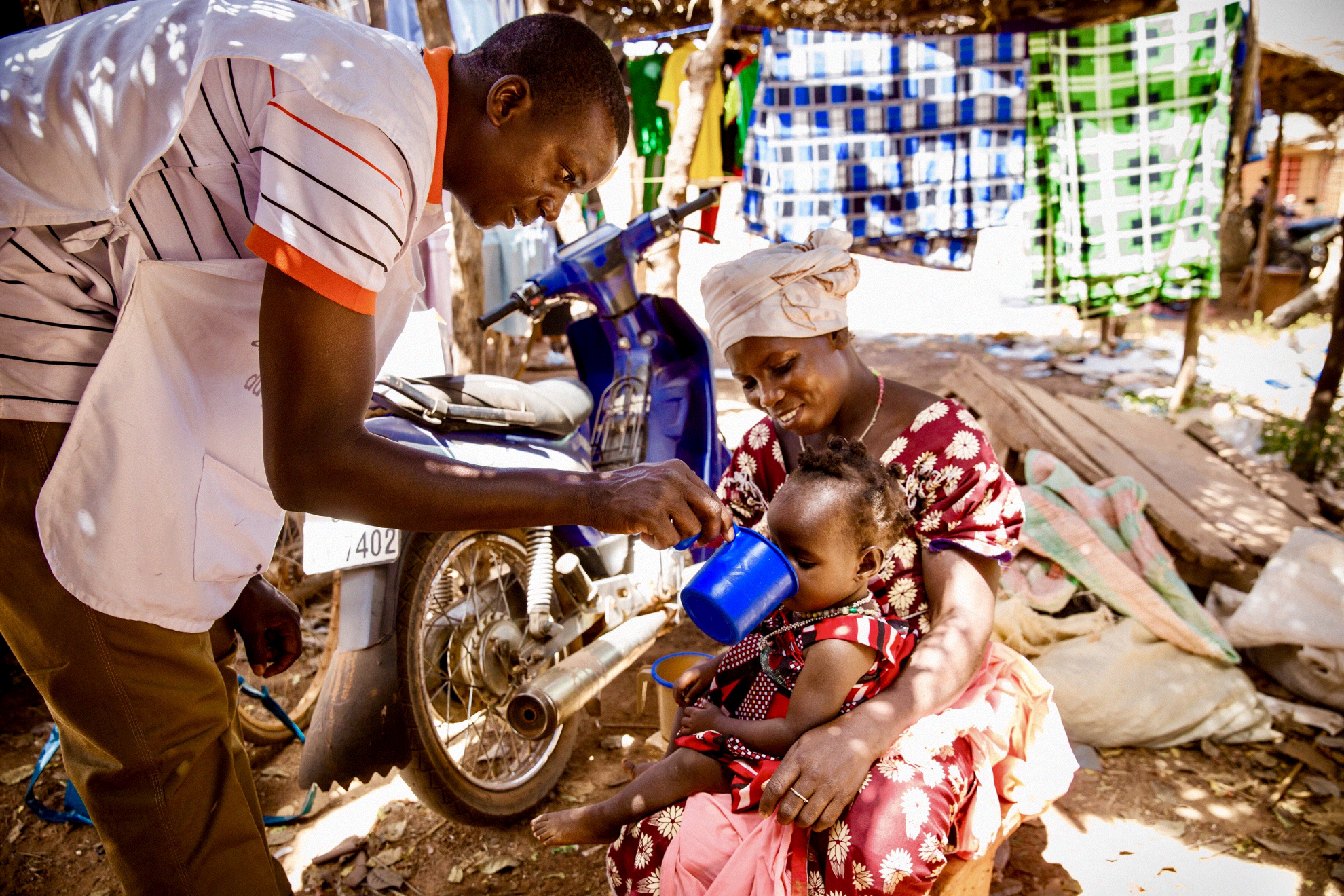 Malaria Consortium is delighted to announce that its seasonal malaria chemoprevention programme has been awarded ‘top charity’ status by GiveWell for the third year in a row.

GiveWell is a US-based non-profit organisation that conducts in-depth research to determine ‘how much good’ a charity programme accomplishes for every dollar spent. GiveWell then selects its top charities each year – and Malaria Consortium’s seasonal malaria chemoprevention (SMC) programme has been chosen again as one of the leading charities for averting deaths.

“We are delighted that we have been selected once again by GiveWell as one of their top charities for our SMC programme,” said Charles Nelson, Malaria Consortium’s Chief Executive. “Malaria Consortium brings extensive experience, technical expertise and tested models of delivery to SMC projects, and the encouraging support of GiveWell will help us extend the coverage of eligible children, reduce cases of malaria and save more lives.”

Malaria Consortium’s SMC programme distributes preventive anti-malarial drugs to children aged between three and 59 months in order to prevent illness and death from malaria. Community health workers, supported by Malaria Consortium, deliver these treatments either by going door to door or by treating people in a community at a fixed point. Malaria Consortium’s primary focus for these treatments has been the Sahel region of Africa, where the vast majority of the 28-34 million children who are eligible for SMC live.

In 2018, Malaria Consortium delivered life-saving preventive treatment for SMC to more than 3.9 million children in the Sahel, lowering the number of malaria cases by at least 70%.

Since it was approved by the World Health Organization, SMC has been found to prevent up to 89 percent of malaria cases, and the potential for this treatment is enormous – from saving lives and reducing illness to preventing school absenteeism and boosting economic growth. If all children eligible for SMC had access to it, some 175,000 lives could be saved each year, and up to 18 million malaria cases could be prevented. It costs less than $4 to provide a year’s SMC treatment to one child.

Malaria Consortium has built up expertise in SMC since 2012 across a number of distribution campaigns focussed on helping national malaria control programmes across the Sahel to scale up SMC coverage, providing technical, logistical and financial support. We bring extensive experience and tested models of delivery, of strengthening national drug supply chains and supporting delivery of SMC to beneficiaries.

GiveWell describes its top charities as “evidence-backed, thoroughly vetted, underfunded organisations” that will “use additional funding effectively”. GiveWell’s summary says: “Malaria Consortium's seasonal malaria chemoprevention programme is one of our top-rated charities and we believe that it offers donors an outstanding opportunity to accomplish good with their donations.”

Diego Moroso, Malaria Consortium’s global programme director for SMC, said: “The trust GiveWell is putting in our SMC programme attests to the efforts by Malaria Consortium to deliver SMC in some of the most difficult contexts in the Sahel. This encourages us in our determination to improve programme delivery and measure SMC impact to reduce the burden of malaria in some of the regions with the highest rates of child mortality in the world.”