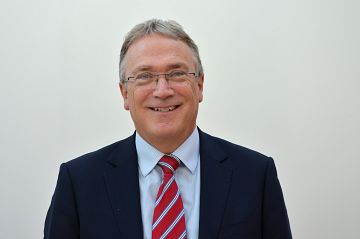 After nine years Malaria Consortium Chief Executive Charles Nelson has confirmed plans to step down from the role in October 2022.

Charles Nelson joined Malaria Consortium in 2013, following previous positions with Merlin and McKinsey & Company, and bringing 30 years of experience in health systems and international business leadership, with a focus on healthcare systems and organisations. During his time, Charles oversaw significant transformation in the organisation and under his leadership the Charity established itself as a leading global non-profit in the prevention, treatment and control of malaria.

“It has been a privilege to lead Malaria Consortium for the last nine years and now the time is right to hand it on to my successor. I have made this decision in the knowledge that Malaria Consortium’s performance is strong, and this outstanding and dedicated organisation will, under new leadership, drive its exciting five-year strategy forward,”  said Chief Executive Charles Nelson.

Commenting on Charles' departure, Chair of Malaria Consortium’s Board of Trustees Marcel Tanner said, “Since taking up the position nine years ago, Charles has led the organisation through a period of exceptional growth, with an unwavering commitment to addressing health inequity. On behalf of the entire Board and organisation, we are incredibly grateful for the leadership, energy and vision that Charles has dedicated to the Charity and wish him all the best in his future endeavours.”

Malaria Consortium’s Board will begin the process of recruiting a new Chief Executive next month.