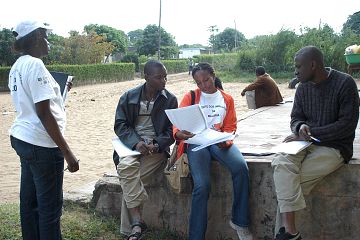 The project, which is funded by the Bill & Melinda Gates Foundation, will see Malaria Consortium working with Mozambique’s National Malaria Control Programme (NMCP), and other global and national partners, to strengthen malaria surveillance, improve data quality and increase the use of data for strategic and operational decision-making in Mozambique.

As well as the NMCP and World Health Organization (WHO), Malaria Consortium will work with key partners involved in surveillance in Mozambique to deliver this project, including the Clinton Health Access Initiative and the Centro de Investigação em Saúde de Manhiça.

In 2017, there were approximately 10 million malaria cases in Mozambique. The country has one of the highest burdens of malaria in the world and, as such, is a core target for the WHO and the RBM Partnership to End Malaria’s country-led ‘high burden to high impact’ initiative. Although Mozambique has made some progress in controlling the disease and aligning malaria elimination efforts with neighbouring countries, it remains the third-largest contributor of malaria cases globally.

The Mozambique NMCP has prioritised data-driven decision-making in its 2017-2022 National Malaria Control Strategic Plan. A country-wide assessment of surveillance capacity in 2018 highlighted key gaps and challenges in the quality and analysis of data, their use in decision-making, and the integration of its surveillance systems.

“For Mozambique to accelerate efforts to reduce its malaria burden, a fit-for-purpose surveillance system is urgently required to provide the backbone for broader malaria control and elimination strategies,” said Arantxa Roca-Feltrer, Malaria Consortium's Head of Surveillance, Monitoring and Evaluation. “We need to see a fundamental transformation so that the gathering and use of quality data becomes a key part of the health system in Mozambique.”

The project will focus on strengthening data quality, and establishing and institutionalising a culture of data use and ‘data-to-action’ across all levels of service provision. Malaria Consortium and its partners will also establish an integrated malaria information storage system that will improve the quality of data, facilitate better data management, and ensure that the gaps and challenges identified in the 2018 assessment are addressed.

“We are delighted to be able to work with the government in Mozambique, and our other partners, to deliver an integrated, effective, sustainable surveillance programme across the country,” said Malaria Consortium Chief Executive Charles Nelson. “Strong surveillance systems are crucial in the battle against malaria, and this programme will enable Mozambique to take great strides as it seeks to reduce the disease’s burden on its population.”