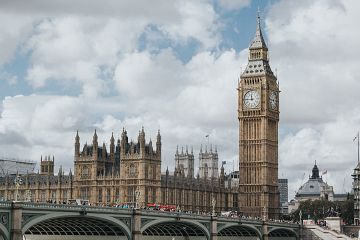 The UK government has this week published its International Development Strategy (IDS), detailing how the UK plans to take forward its strategic priorities to support low- and middle-income countries (LMIC) over the next 10 years.

The Government acknowledges in its new strategy that “there are no quick fixes” to delivering lasting growth, stability and poverty reduction and say they will put strengthening health systems at the core of their long-term, cross-sectoral approach. It is encouraging to see this commitment in the new strategy, as well as an acknowledgement of the need to improve global health surveillance and response capabilities and investment in the research and innovations needed to keep driving breakthroughs in health systems and health security. However, although encouraging at one level, it is difficult to see how it will be achieved.

The four priority areas outlined in the new strategy include British Investment Partnerships that will support countries to grow their economies sustainably; ensuring women and girls have the freedom they need to succeed, through education, empowerment and protection against violence; stepping-up humanitarian work – and the UK’s role as a leader in crisis response; and continued work on climate change, nature and global health, with the commitments of the G7 and COP26, and the UK’s COVID-19 response, at the core the strategy. Malaria Consortium supports the overall sector analysis by Bond in response to the strategy and has similar concerns regarding  the evident link of aid to trade, and the absence of detail in relation to how the strategic aims will be delivered in practice.

Malaria Consortium Chief Executive Charles Nelson said: “It is difficult to interpret yet, how the general commitment to ‘Improve global health’, will be enacted. However, there appears to be a significant and concerning deprioritisation of poverty reduction as a primary goal and previous commitments to ensure health equity and prosperity for all.  Bilateral health programmes have already been cut at a time when progress on reducing diseases that affect the poorest the most had already stalled prior to the emergence of COVID-19. The additional, immense strain, caused by the pandemic, on already fragile health systems with inadequate preventative measures and access to life saving treatments, has made this worse.”

There are also questions about the channels for future funding. There is a declared intent in the strategy to rebalance between bilateral and multilateral funding and put more decision making in the hands of local Ambassadors and their teams. Of the £11.5bn the UK spends on aid, around 40 percent of this is directed to multilateral agencies such as the UN, the World Bank, European Union and other global agencies, to spend on their specific mandates. Most health budgets have been reassigned to the COVID-19 response.

Under the new strategy, the UK government plans to cut the percentage of UK aid spent multilaterally to 25 percent by 2025. Malaria Consortium recognises that there is significant room for efficiency in many multilateral organisations and understand the pressure created by competing priorities. However, we would urge the UK government to maintain or increase its commitment to the Global Fund to Fight AIDS, TB and Malaria (Global Fund) for a number of reasons:

“Over three billion lives are still threatened by malaria, despite the disease being preventable. Evidence shows us that it disproportionately impacts health systems and limits economic growth. It is naive to imagine that countries benefiting from UK aid will be able to prosper if their populations continue to be plagued by this and other preventable diseases. To ultimately succeed in delivering impact through aid, we believe investments in health need to be maintained or increased, long-term commitments need to be honoured, and transparency and effective collaboration championed.” said Charles Nelson.