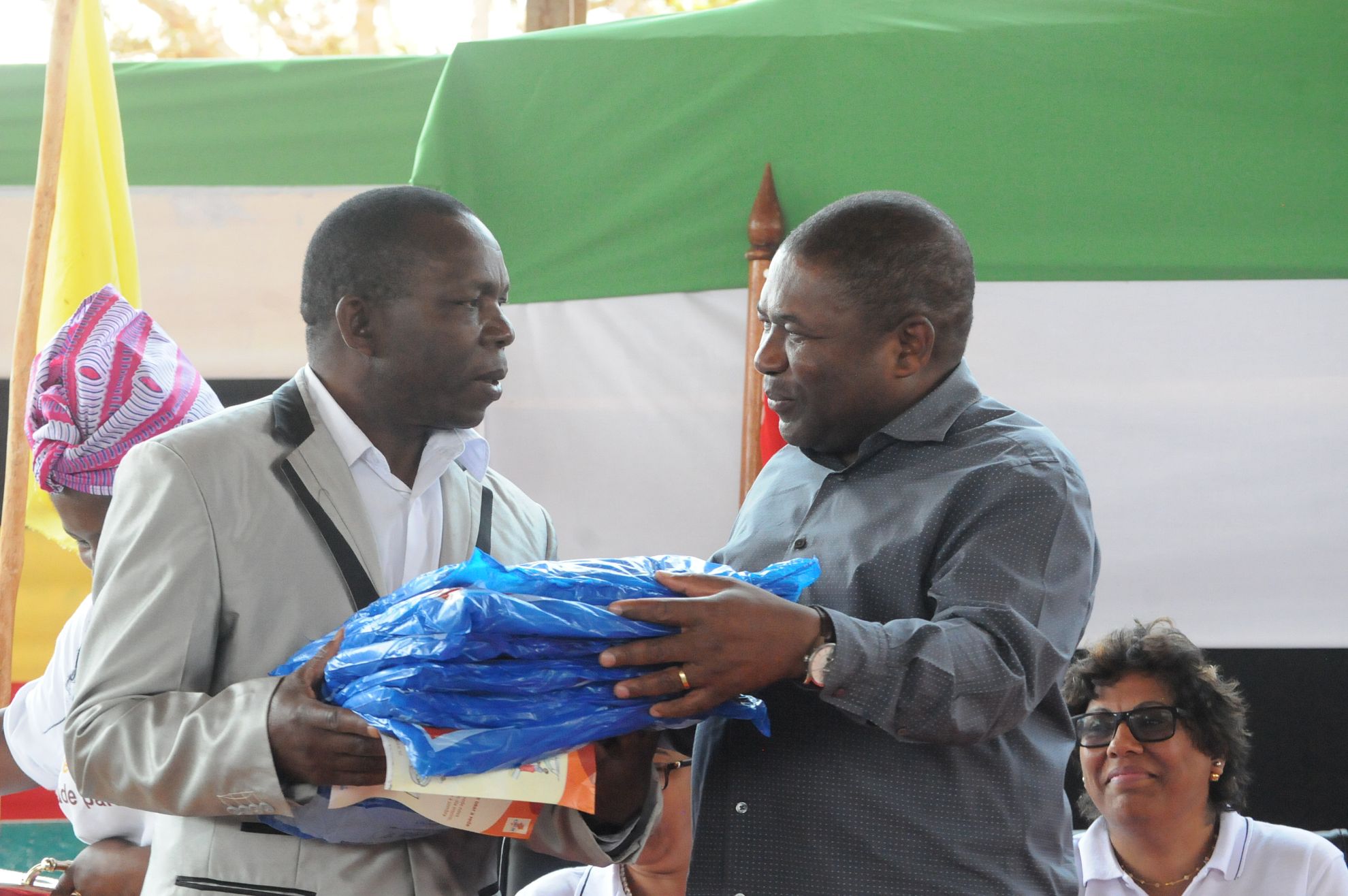 2.8 Million bed nets to be distributed across Mozambique

The implementation of a large-scale distribution of 2.8 million long lasting insecticide-treated nets (LLIN) in northern Mozambique will be officially launched today by President Filipe Jacinto Nyusi. LLIN distribution on such a scale is a new strategy in Mozambique and Malaria Consortium was entrusted by Mozambique’s National Malaria Control Programme to pilot the scheme in two northern provinces of the country, Nampula and Niassa.

Malaria is considered the most important public health problem in Mozambique, and Nampula province has one of the highest prevalence rates, with over 65% of children under five years of age infected according to the latest survey – IMASIDA 2015.

The distributions in the Nampula and Niassa provinces are expected to reach 5.1 million people across 1.2 million households at a cost of $3.8 million. This undertaking is part of a nation-wide initiative that aims to distribute about 13 million LLIN’S throughout the country in an effort to guarantee that all residents in both rural and urban areas have full access to quality long lasting insecticide-treated nets to protect them from the disease. This will be an important step to reduce the burden of malaria in Mozambique.

LLINs distributions are a key component in the Malaria Prevention and Control project, a country-wide initiative funded by the Global Fund to Fight AIDS, Tuberculosis and Malaria, and implemented by World Vision as primary partner, Malaria Consortium, Food for the Hungry (FH) and Foundation for Community Development (FDC).

This first stage distributions in Nampula and Niassa provinces will allow to draw lessons to inform following implementation throughout the country. The President’s endorsement of the programme, and the strong relationship that has been built between the programme’s partners and the Ministry of Health, has created much enthusiasm for the project, which many are hoping to see implemented country wide at the completion of this first phase.