The universal coverage campaign project was a partnership between the Ministry of Health Uganda and Malaria Consortium, that aimed to distribute 21 million nets, with coverage of one net for every two people in a household. As of June 8th, 2014, some 18.5 million nets were procured with funding from the Global Fund, 5.1 million from the US President’s Malaria Initiative/DFID and 500,000 from World Vision Uganda. These nets are in an addition to the 7.2 million which were distributed in 2010 under the Global Fund programme targeting children under five years and pregnant women. The distribution kicked off in July 2013 in Soroti and Busia districts where 772,878 people benefited. The nets were distributed by village health teams and LC chairpersons who register people per household. In total Malaria Consortium covered 110 out of Uganda's 112 districts, ensuring 98% of the population received a LLIN. 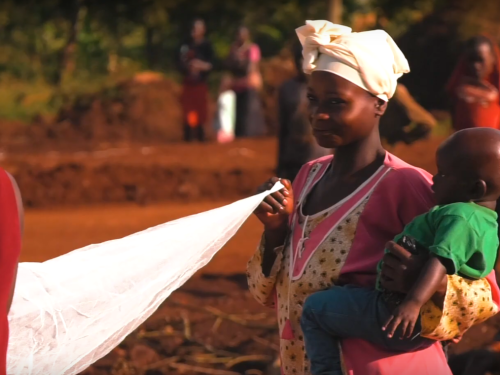