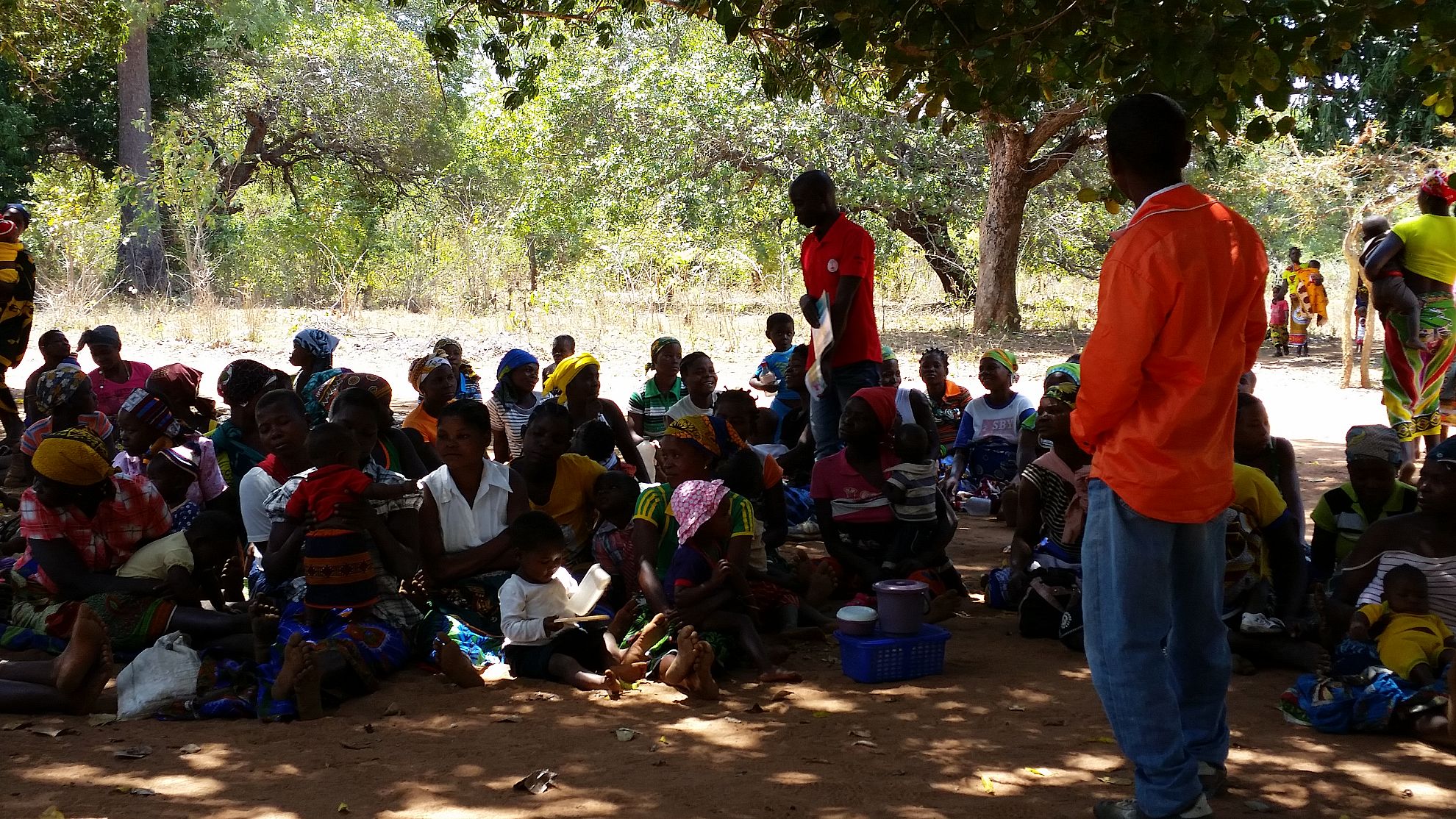 A recently implemented community dialogue approach to the prevention of neglected tropical diseases (NTDs) in Nampula, Mozambique, has improved knowledge and increased community ownership of health issues, a preliminary evaluation of the programme has shown.

The need for community-based programmes to raise awareness of NTDs and promote adequate prevention and treatment measures is widely regarded as one of the greatest challenges to preventing and eradicating these diseases in Mozambique.

Mozambique is particularly vulnerable to infectious disease with all of its 27 million people at risk of at least one type of NTD, however there are still no community systems in place that sufficiently reach all people at risk and those already suffering from these diseases.

The community dialogue approach, supported by Malaria Consortium and the Centre for Neglected Tropical Diseases at the Liverpool School of Tropical Medicine, has been trialled by the Provincial Directorate of Nampula in four districts and is currently being further tested as a mechanism to facilitate community initiatives for better home care of people suffering from lymphatic filariasis. Lymphatic filariasis, commonly known as elephantiasis, is one of the leading causes of disability worldwide. At present, over 120 million people have been infected, with about 40 million disfigured and incapacitated by the disease.

In a recent interview Dr Solomon Ercílio Jive, head of the NTD Programme of Nampula, said that community dialogues are crucial to the prevention and eradication of NTDs. “They serve to fill information gaps on health among community members, identifying problems and helping communities to take collective decisions for improvement of health practices,” he said.

The NTD Programme has set specific targets to control, or eliminate, NTDs such as lymphatic filariasis by 2020. However to achieve these objectives Dr. Jive says that the programme needs to increase its coverage, secure additional funding and support and intensify community mobilisation efforts around Mozambique.

“Community participation is essential in the timely identification of patients and the promotion of preventive practices. The community dialogue approach is a form of social mobilisation which improves knowledge, attitudes and practices at the community level and promotes ownership of health issues.”

This year, more than three million people were reached through a mass treatment campaign for lymphatic filariasis across the 23 endemic districts.