Seasonal Malaria Chemoprevention: leading the way on an innovative approach in Nigeria 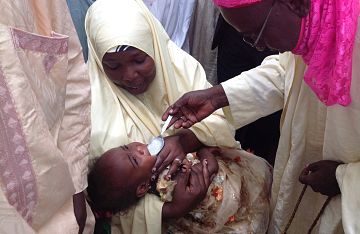 Malaria in Nigeria continues to represent a major public health concern. The country has a population of more than 160 million people where over 90 percent are at risk of the disease. It is responsible for 30 percent of under-five deaths and 11 percent of maternal deaths across Nigeria, and has had a dramatic economic impact where it is estimated to cause a loss of about three billion USD every year.

As Nigeria continues to control this disease, approaches to fight malaria are beginning to shift from a ‘one size fits all’ approach to the targeting of malaria control strategies to specific populations and locations for maximum effectiveness. Following a World Health Organisation policy recommendation, Malaria Consortium has become the first organisation, with support from the Bill & Melinda Gates Foundation, drugs are provided by the UK Department for International Development (DFID), to implement a new approach to prevent malaria illness among children under five known as seasonal malaria chemoprevention (SMC).

SMC is an approach where children from three months to five years receive full treatment doses of effective antimalarial medicines at monthly intervals during the short (four months) rainy period. Trials have already shown that this approach can save lives, be cost effective, and feasible for the prevention of malaria in areas with highly seasonal malaria transmission.

Malaria Consortium’s SMC programme was launched in July this year. It is currently focused in Katsina state in the Sahel region of northern Nigeria where the rains are from August to November, when the number of childhood deaths from malaria is highest.

Malaria Consortium has taken a unique approach to the programme. In addition to ensuring the treatments are appropriately distributed, the organisation has ensured a comprehensive collaboration with health authorities at all levels. Quality culturally and linguistically appropriate materials have also been produced to assist with the training and supervision of health facility workers, trainers, community health workers, and families in the communities, as well as transient families. This also included addressing issues of translation and illiteracy.

The Nigeria Country Director of Malaria Consortium, Dr Kolawole Maxwell, has praised the progress made to date and has noted the opportunities moving forward.

Dr Maxwell said, “Seasonal Malaria Chemoprevention is a truly ground-breaking intervention and I am proud that Malaria Consortium is the first organisation to implement it in Nigeria. We have already seen from the large numbers of children receiving the medicines in Katsina that there is real hope that this programme can help to reduce the number of young children dying.

“I would like to thank the government of Katsina for showing high levels of commitment and ownership of the project which was demonstrated by the presence and active participation of key decision makers in the health system of the State at the launch.

“We are now looking ahead using what we have learned in Katsina to proceed with further interventions in neighbouring states. Jigawa state is, in fact, already included in the next distribution round.”