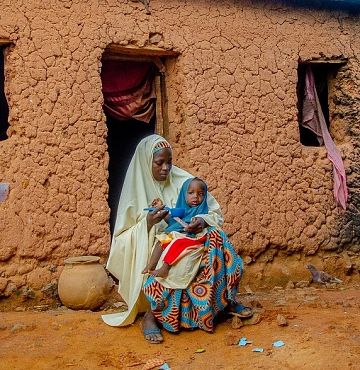 GiveWell is a US-based non-profit organisation that conducts in-depth research to determine and recommend non-profit programmes that offer the most impact per dollar spent. Malaria Consortium’s seasonal malaria chemoprevention (SMC) programme has again been chosen as highly effective for averting deaths and offers donors an ‘outstanding opportunity to accomplish good’ with their donations.

“We are absolutely delighted to be GiveWell's top charity for our SMC programme again this year”, said Charles Nelson, Malaria Consortium’s Chief Executive. “SMC has proven a highly impactful tool in the fight against malaria in the eligible geographies. We are also seeing new opportunities arising, as other areas are brought into the eligibility criteria. Moving rapidly to respond and save further lives is what this philanthropic support allows. The flexibility of the funding, in a year dominated by COVID-19, has allowed us to rapidly adapt our SMC distribution model to ensure campaigns could go ahead in a COVID-secure way, minimising the risk to those involved and allowing 12 million children to be protected from malaria.”

Malaria Consortium’s SMC programme focuses on preventing malaria in some of those who are most vulnerable to the disease - children under five years - during the rainy season in the Sahel region of Africa. Most malaria illness and deaths occur during this peak malaria transmission, which normally runs from July to October. SMC involves administering four monthly courses of antimalarial drugs during the period of highest risk.

“We have seen increased interest in SMC over the last few years and more and more children across the Sahel are now benefitting from this life-saving intervention,” said Christian Rassi, Malaria Consortium’s SMC Programme Director. “Philanthropic funding has allowed Malaria Consortium to play a central part in the scale-up of SMC across the region. It has also allowed us to contribute to the evidence base through research, monitoring and evaluation. We are particularly excited about expanding our support beyond the Sahel in the future, having just launched a new study exploring the feasibility and impact of SMC in Mozambique.”

It is estimated that more than 30 million children aged between 3-59 months are at risk during the Sahel’s rainy season. In 2020, Malaria Consortium reached around 12 million of these across Burkina Faso, Chad, Nigeria and Togo.
The World Health Organization estimates that SMC can prevent around 75 percent of malaria cases in children under five. Not only does this increase children’s chances of survival, it also reduces the need for caregivers to look after sick children, enabling them to spend more time providing a livelihood for their families.

Malaria Consortium began implementing SMC in 2013 and led the rapid scale-up of the intervention through our Unitaid-funded ACCESS-SMC project in 2015. Although this project ended in 2018, the organisation has continued supporting the delivery and scale up of SMC in Burkina Faso, Chad, Nigeria and most recently in Togo, predominantly with support from philanthropists influenced by GiveWell’s ‘top charity’ status.

You can read GiveWell’s announcement here and for more information on GiveWell, visit: www.givewell.org/charities/malaria-consortium