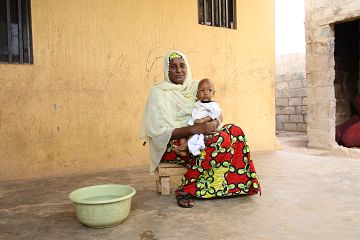 Malaria Consortium welcomes the news that the UK Government has pledged up to £1.4 billion to the Global Fund to Fight AIDS, Tuberculosis and Malaria’s sixth replenishment. This marks an increase from the UK’s pledge of £1.2 billion for the 2017-19 funding cycle.

Prime Minister Theresa May made the pledge this morning at the G20 summit in Japan, and called on other governments to follow the UK’s lead.

This increased pledge to the Global Fund includes £100m that is subject to a performance agreement, as well as a malaria match fund of £200m, whereby the Government will give £2 for every £1 pledged by the private sector. The UK’s support will help the Fund to distribute more than 90 million mosquito nets, provide HIV treatment to three million people, and enable two million people suffering from tuberculosis to receive treatment. In total, the UK’s contribution will enable the Fund to help save two million lives.

The Global Fund, founded in 2002, pools the world’s resources in order to invest strategically in programmes to fight its three target diseases. Through a partnership of governments, civil society, the private sector, and people affected by AIDS, tuberculosis and malaria, the Fund is committed to ending these epidemics.

In January 2019, the Global Fund announced it was seeking at least $14 billion to continue its life-saving work for the next three years. If it meets this goal, the Fund says it will be able to help save 16 million lives between 2020 and 2022; cut the mortality rate from AIDS, tuberculosis and malaria in half; and build stronger health systems.

“Malaria Consortium is delighted that the UK Government has reinforced and expanded the UK’s commitment to tackling malaria and other diseases through the Global Fund,” said Malaria Consortium Chief Executive Charles Nelson. “This replenishment will enable the global community to build on past efforts, get the malaria fight back on track and drive towards ending the disease within a generation.

“Malaria Consortium is pleased to play a key role in delivering the UK’s contribution to this effort, through our work with some of those who are most vulnerable to malaria around the world. We will continue to partner with a wide range of stakeholders, including national governments and the private sector, to defeat malaria and other killer diseases.”