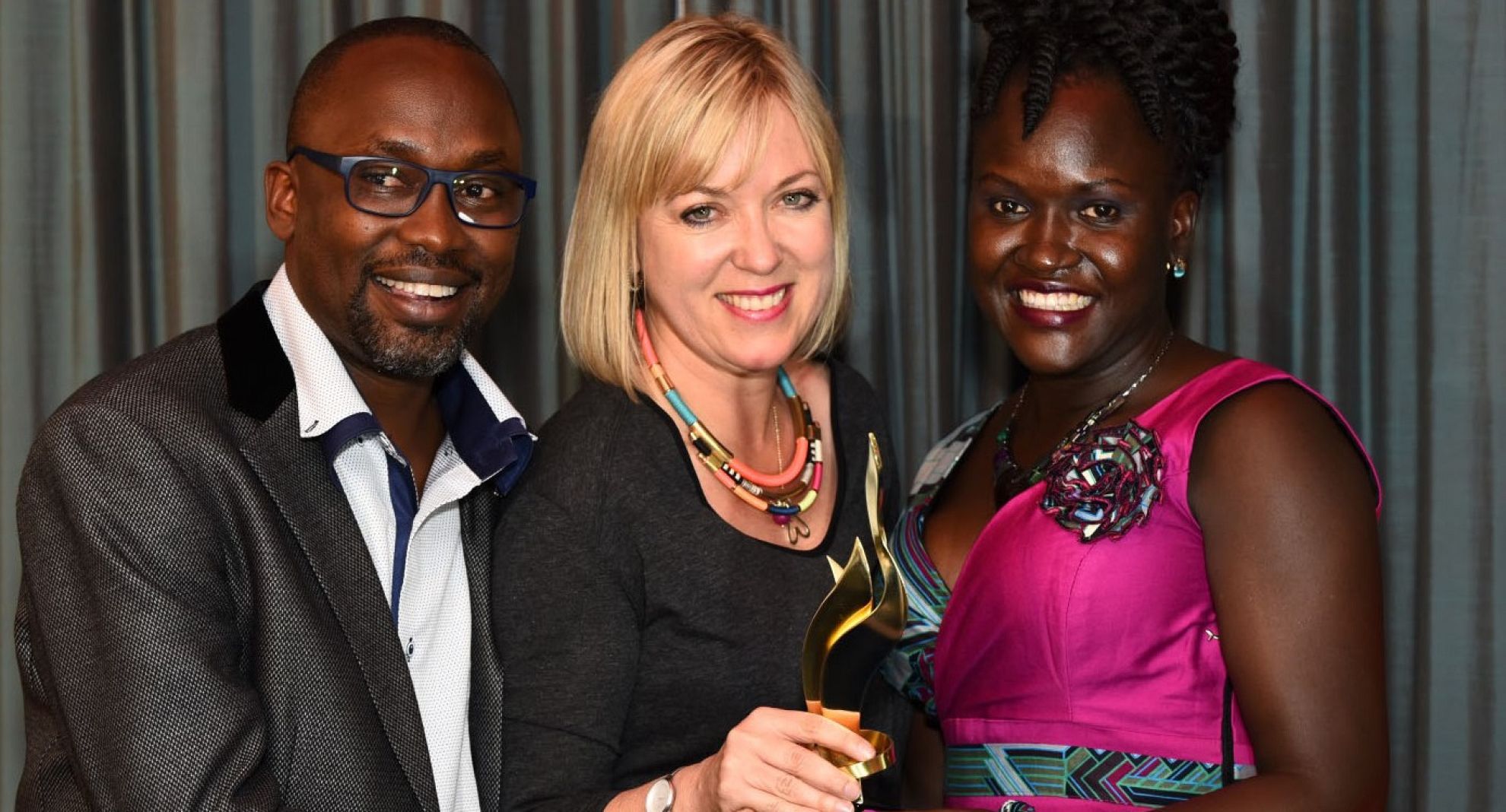 Cape Town, 21 April 2015 – “We are delighted to have been chosen for the ‘Change Communication’ award. We hope that this campaign approach can inspire other public health campaigns to engage the private sector and stimulate the individual responsibility for health seeking behaviour to create sustainable gain in behaviour change.”

Daudi Ochieng, Malaria Consortium Uganda Communications Manager, was addressing an audience of communication professionals at the African Excellence Awards’ Winners Day in Cape Town today, where he received the award in the category Change Communication for the Malaria Control Culture Project. The award honours outstanding achievements and the most successful campaigns and projects in the field of PR and communications in Africa.

The winning project has been running in Tororo district in Uganda for two and a half years and is funded by Comic Relief. Since Tororo district has a high malaria burden - malaria accounted for 40 percent of outpatient attendance rates - Malaria Consortium designed this project to embark on a behaviour change communications campaign for Tororo residents to strengthen health orientated behaviour with respect to malaria prevention and treatment.

It focused on two communication objectives: to create a culture of sleeping under an insecticide-treated net every night and to promote other malaria control behaviour, such as seeking treatment within 24 hours of fever onset and testing before treatment. This communications campaign found additional value when followed by a government net distribution campaign that achieved universal coverage of insecticide treated nets across Uganda.

The Tororo project noted some remarkable results: mosquito net use among children rose to 91.6 percent in the second year of the project, district residents bought more mosquito nets from the private sector over the years of project implementation, school attendance improved and fewer children under five fell ill with malaria. Malaria cases have dropped from 40 percent to 16 percent in Tororo.

The award comes at a timely moment as the global health community is gearing up to celebrate World Malaria Day 2016 on Monday (April 25th). Malaria Consortium has chosen innovation as this year’s focus. “The award underlines our organisation is at the forefront of using innovative communication approaches in the fight against malaria, and these tools are proving to be very effective,” Mr. Ochieng concluded.