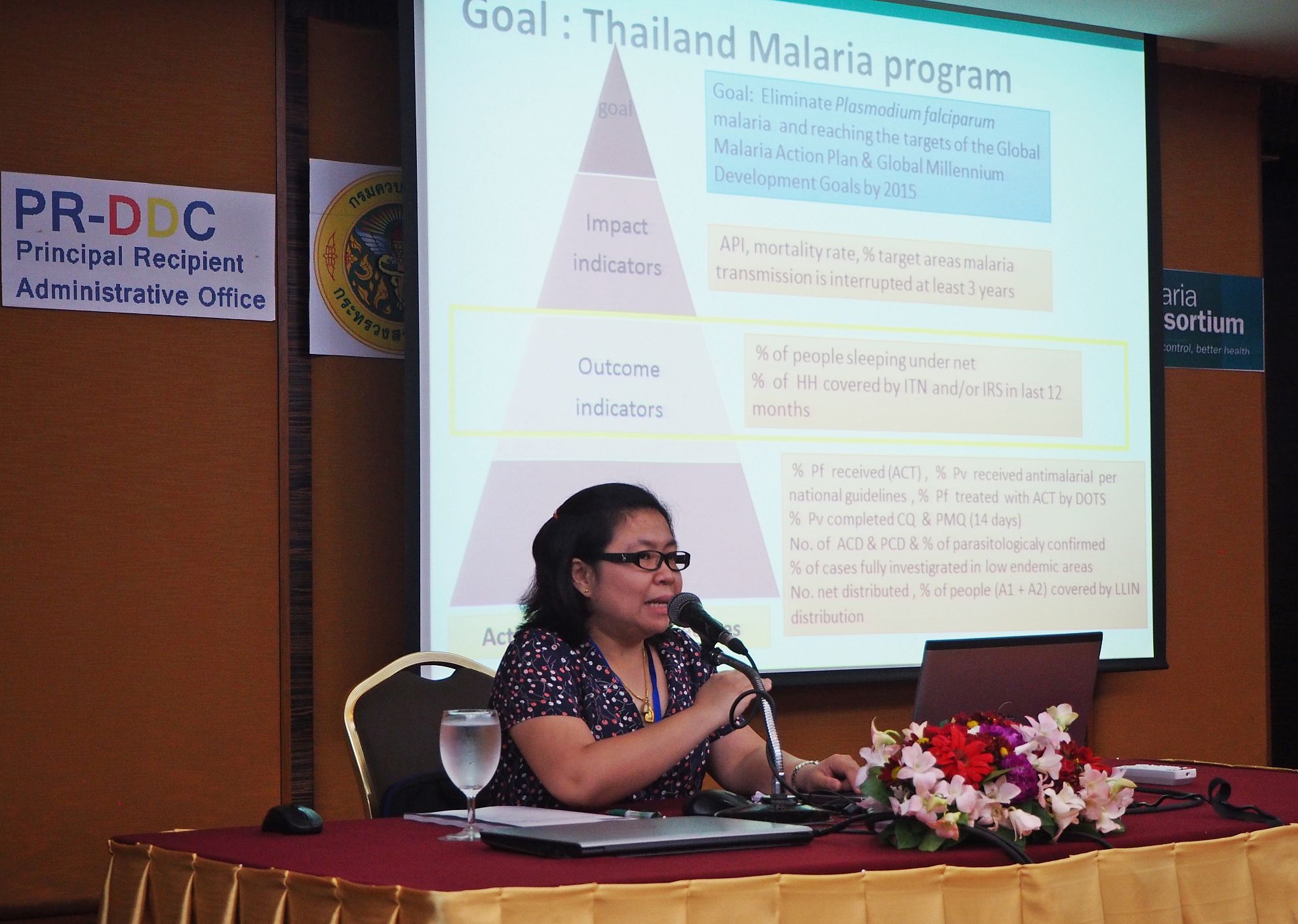 Knowledge, attitudes and practices on malaria in Thailand

Malaria Consortium, in collaboration with the Principal Recipient Administrative Office and the Bureau of Vector Borne Diseases, Department of Disease Control, Thailand Ministry of Public Health, recently organised a workshop to share the findings of a recent knowledge, attitudes and practices survey for malaria. This large-scale household survey took place across malaria-endemic villages within the 43 provinces in Thailand and was supported by the Global Fund to Fight AIDS, Tuberculosis and Malaria.

Surveys such as these seek to evaluate the coverage and usage of malaria prevention methods and associated malaria risk factors among populations in malaria-endemic areas as well as to measure the effects of behaviour change communication (BCC) campaigns among the target population, assessing the changes that communities have made in their everyday behaviour in order to better their health. For this survey, a total of 1,658 households were interviewed – yielding data on 6,326 individuals. The opening ceremony of the event was led by Dr Nakorn Premsri, Director of the Principal Recipient Administration Office. In his remarks, he emphasised the importance of close collaboration to achieve malaria elimination in Thailand.  Although the number of cases has significantly decreased in recent years, the challenge of antimalarial drug resistance and cross border population movement still persists. The results from the KAP survey will help improve planning for the National Malaria Strategy for Control and Elimination of Malaria.

Following Dr Nakorn’s introduction, Dr Siddhi Aryal, Malaria Consortium Asia Technical Director, expressed his appreciation to all key stakeholders for supporting the implementation of the KAP survey. He also emphasised the important timing of the dissemination, remarking that it came just when Thailand was beginning to move toward malaria elimination. The survey comes on the heels of the Thailand Malaria Survey report from 2012, and should be useful in helping to strengthen planning for malaria elimination.

Malaria Consortium’s Senior Technical Coordinator, Forradee Nuchsongsin, and Michelle Li, Monitoring and Evaluation Specialist, provided an overview of the results from the survey. The findings indicated impressive improvements in key areas such as net usage and malaria knowledge compared to the results from the last survey. Use of long lasting insecticidal treated nets has significantly increased from 19 percent in 2012 to 30 percent in 2015, as did the proportion of individuals sleeping under the nets. There was also a significant increase in the proportion of household heads who knew of at least one key malaria control message, with an increase from 25 percent in 2012 to 63 percent in 2015. This indicates successes of BCC strategies.

However, many households in key at-risk areas of Thailand do not have insecticide treated mosquito nets.  Continued efforts are needed to monitor net ownership and use, along with the tracking of distribution strategies and understanding of consumer preferences and priorities.

Thailand aims to reach its goal of malaria elimination goal by the year 2025.