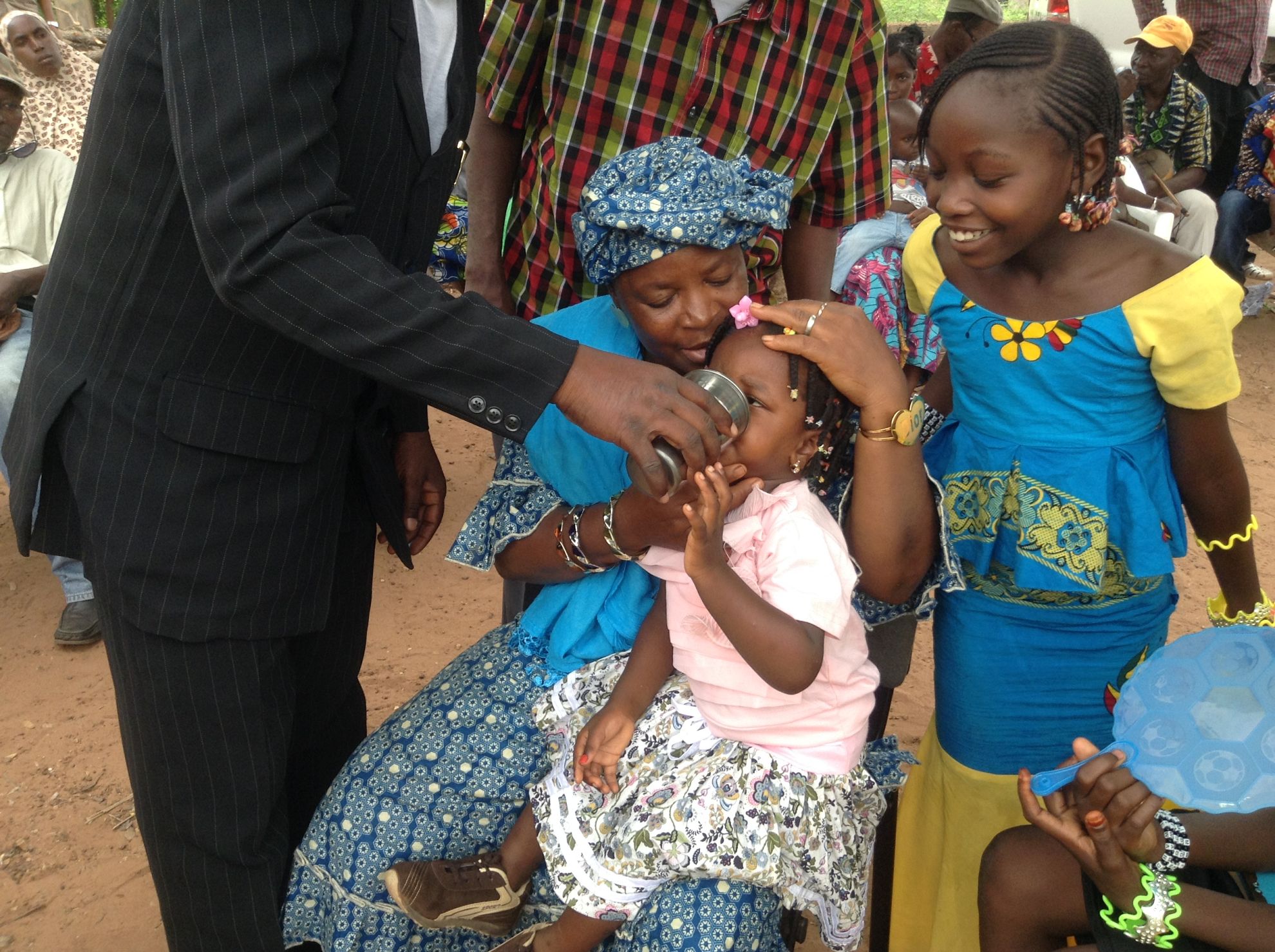 For its first Seasonal Malaria Chemoprevention (SMC) campaign in history, Guinea scored exceptional coverage rates of 96%. In spite of the Ebola pandemic which ravaged the country in 2014 and 2015, the Government, the National Malaria Control Program (NMCP) and its partners managed to administer over 200 000 children with SMC medication in the first round of mass drug distributions as part of the ACCESS-SMC project.

To maximize the campaign’s success, the ACCESS-SMC team in Guinea, insisted on the importance of involving the target population. This year’s SMC campaign included social mobilization activities and interpersonal communication to ensure beneficiaries understood the potential of the intervention and how it could protect children aged 3 to 59 months.

Collaboration with World Health Organization (WHO) and UNICEF contributed to the success of this first round of SMC implementation. WHO supported the SMC campaign by ensuring the presence of medical doctors at district level for continued epidemiological surveillance within the context of the Ebola epidemic. During the second and third SMC cycles, UNICEF was supporting a national polio and meningitis vaccination campaign and their distribution agents were able to support the SMC campaign, by raising awareness and advocating for SMC among the local authorities and community leaders. Their support was also helpful in real-time management of rumors.

This strong belief in cooperation, experience sharing and resource pooling has most certainly allowed Guinea to transform the critical conditions the country was facing into tangible opportunities to perform and has potentially saved thousands of children from suffering of malaria symptoms. While official data still needs to be confirmed, anecdotal reports state that cases of severe malaria have been drastically reduced. This year’s results are most certainly an encouraging start for Guinea and promise positive uptake for coming years.