In 2012, the World Health Organization (WHO) estimated that there were 207 million cases of malaria, which killed approximately 627,000 people – mostly children in sub-Saharan Africa.

The best weapon for treating malaria is artemisinin-based combination therapy (ACT). WHO recommends artemisinin and its derivatives as the first-line treatment for malaria because of its ability to quickly reduce the number of Plasmodium parasites in the blood of malaria patients. The huge progress that has been made since 2000 is due, in large part, to ACT.

Counterfeit medicines, however, present a very real threat to this progress. Evidence shows that one third of all anti-malarial drugs in Africa are counterfeit. Because of this proliferation of counterfeit drugs, people who take medicines in good faith are not only risking their own lives, but also increasing the chance of the malaria parasite becoming resistant to treatments.

In Asia, Malaria Consortium has been working along the Thai-Cambodia border where drug resistance is already in evidence. Counterfeit medicines, which can contain traces of anti-malarial drugs, can contribute to the growth in resistance.

Much of Malaria Consortium’s work, including the provision of preventive anti-malarial treatments to pregnant women and to children under five years through seasonal malaria chemoprevention across the Sahel region of Africa, would be severely impacted by a growth in drug resistance and many more lives would be lost to malaria.

The Fight the Fakes campaign, of which Malaria Consortium is a member, has produced the following infographic that lays out the problem of counterfeit drugs: 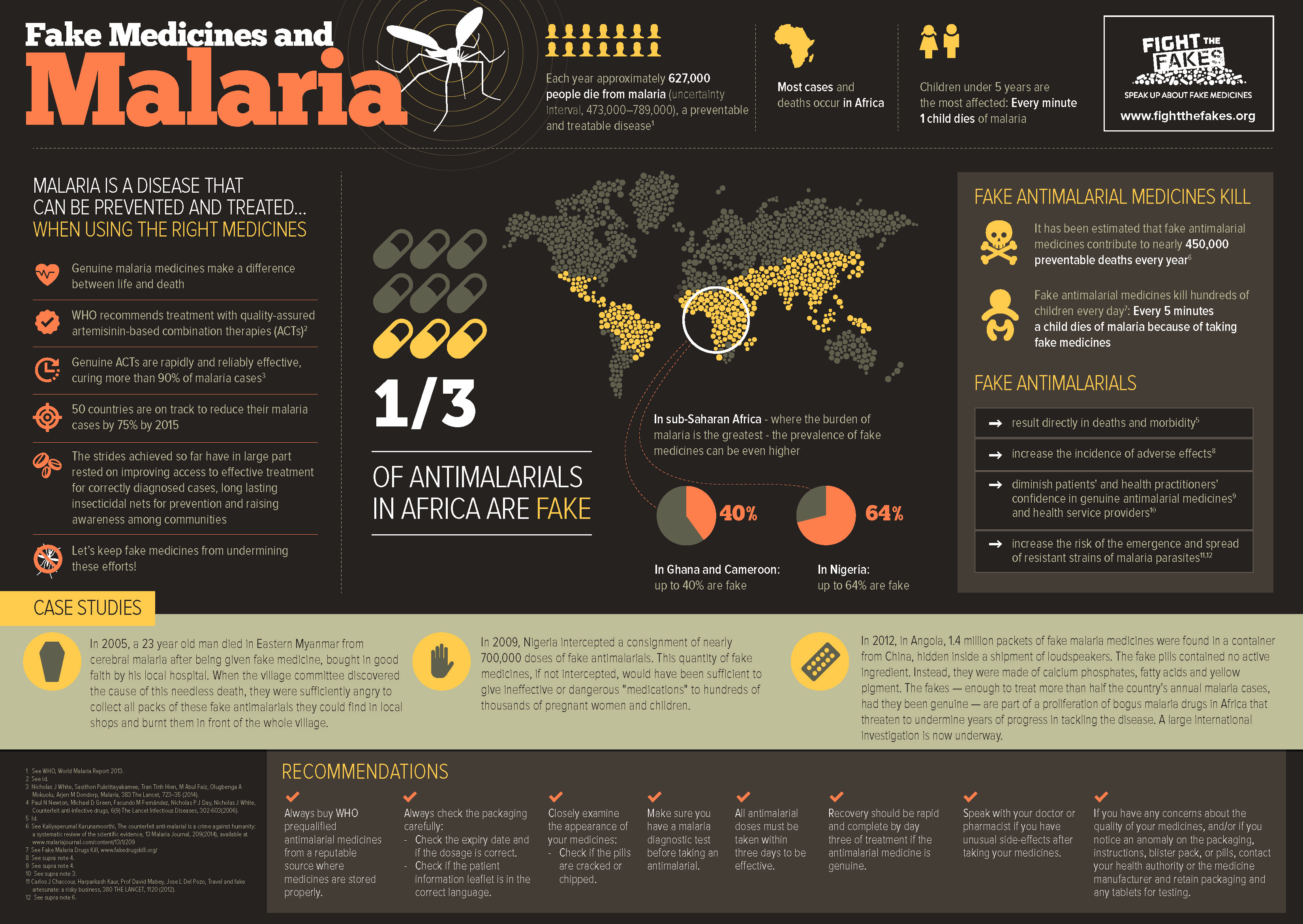