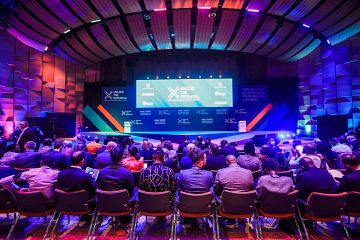 Yesterday, over US$4 billion in funding was committed to ending malaria and Neglected Tropical Diseases (NTDs) at a Summit co-convened by the RBM Partnership to End Malaria and Uniting to Combat NTDs. The Summit, held alongside the 26th Commonwealth Heads of Government Meeting in Rwanda, was attended by endemic and donor country leaders, including presidents, community and business leaders, and philanthropists.

Malaria and NTDs – a group of communicable diseases most commonly affecting populations in rural and poor urban areas of low-income and middle-income countries – disproportionately impacts the Commonwealth and has a devastating impact upon the people, health systems and economies of these countries, making them uniquely placed to galvanise action to end these diseases.

The Summit comes at an important time - the 2021 African Union Malaria Progress Report showed that the continent missed its target of reducing malaria incidence and mortality by 40 percent by 2020. There were an estimated 232 million malaria cases (96 percent of the global total) and 611,802 malaria deaths (98 percent of the global total) in Africa in 2020, an increase of almost 13 percent in malaria deaths compared to 2019. These figures serve as a stark reality check as to how far off track the continent is to eliminating malaria by 2030 despite the ambitious commitments that have previously been made.

“Malaria Consortium welcomes the political enthusiasm demonstrated at the Summit, but with malaria and NTD cases and deaths appearing to be moving in the wrong direction, we are at a critical point and commitments made today must be turned into meaningful actions. Historic trends of a plateau in funding and threats to further progress in the form of insecticide and drug resistance, societal instability, drought and famine variously causing displacement of people and climatic changes are having a further detrimental effect that will need to be addressed if commitments to halving malaria incidence and death by 2023 are to be met.” Charles Nelson, Malaria Consortium Chief Executive.

The African continent and its leaders have demonstrated what it’s possible to achieve when driving a multi-pronged, multi-sectoral response to a crisis. The African Union and Africa Centres for Disease Control and Prevention’s response to COVID-19 demonstrated capacity to galvanise rapid action for ultimate impact – securing adequate funding, establishing accelerated testing facilities and integrating a single online marketplace to enable the supply of COVID-19-related critical medical equipment in Africa. This positive and effective response to COVID-19, drawing on coordinated actions for enhanced cooperation and regionalism on the continent, can be utilised more effectively to tackle endemic, and equally destructive diseases, like malaria and NTDs.

Meaningful advances have been made in developing new and effective tools for the prevention and treatment of these diseases over the last few years. Malaria Consortium has borne witness to the significant impact Seasonal malaria chemoprevention (SMC) is having on reducing the numbers of morbidity and mortality from malaria in children under five and the imminent roll out of the RTS,S malaria vaccine should see further gains. However, these wins are not always identifiable from the available regional and global data, reinforcing the importance of integrated and accurate surveillance mechanisms that can give a true picture in real time.

Increased investments, coordination, and integration of responses to malaria and NTDs will allow for the best use of limited resources and a more targeted approach. Further investment in research and development, disease surveillance systems and strengthening and digitising the collection, analysis and use of data across regions will accelerate the progress that can be made as well as advancing health equity by further strengthening health systems and helping protect against future pandemics.

More comprehensive regional coordination where resources, investment, innovation and data can be effectively shared is an important step in turning the tide against these diseases and Malaria Consortium looks forward to continuing to work with the governments of malaria-affected countries, funders, the private sector and development partners to do this.