After a year of intensive work, Niassa Province in Mozambique, an area with a high malaria incidence rate, has successfully completed its mass long-lasting insecticidal net (LLIN) distribution campaign in its 16 districts.

The Malaria Prevention and Control Project is part of the Universal Coverage Campaign (UCC),  a national init 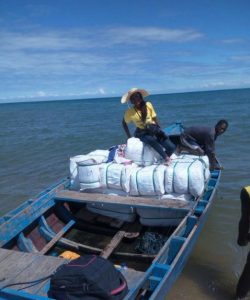 iative led by the Ministry of Health.  It is funded by the Global Fund, and implemented by World Vision as the recipient partner, with Malaria Consortium, Food for the Hungry and Community Development Foundation as secondary recipients.

The UCC aims to ensure that every Mozambican has access to a LLIN to protect themselves from malaria. In Niassa Province, the campaign has reached approximately 415,000 households in the 16 target districts, amounting to a total of 1,058,750 LLINs. Niassa Province covers an extensive area of ​​approximately 123,000 km², with around nine inhabitants per km² in some of the more remote areas.  Access roads are lacking and most are not tarred, which renders the UCC implementation a complex process.

To overcome these challenges and to meet the high demand, the campaign was cascaded down from the central level, on to the provincial level, and finally expanded to the districts, towns and villages. In a combined effort of thousands of people involved.  The local government, the Provincial Health Directorate, District Directorates, support teams, trainers, distributors, registrators and different service providers were all critical to the success of the mass distribution.

According to Dr. Inês Juleca, focal point of the National Malaria Control Programme of the Ministry of Health of Mozambique for the province of Niassa, “The distribution of LLINs is an activity that includes several steps and high-quality coordination, from the consultation of guiding documents, planning, procurement, transportation and packaging, to communication, engagement, mobilisation, training, population registration and distribution itself.”

In this process, the National Malaria Control Programme is responsible for the acquisition of LLINs and led overall planning and implementation through the decentralised structures of the health system. Malaria Consortium is responsible for operational support, which includes financial management, transport, logistics, training, management of service providers, efficient use of resources and effective coordination at provincial, district and field lev 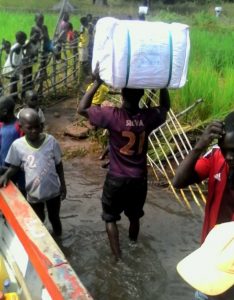 On the challenges encountered on the ground, Joaquim Chau, Interim Coordinator of the Malaria Consortium in Niassa province, says: “The challenge of coordinating processes is largely to achieve the commitment of all those involved, even with different procedures or practices, sensitivities and institutional hierarchies, to bring together an understanding of the common vision of what is to be achieved. This makes a difference in the process, and in the professional and individual expectations of all the actors involved.”