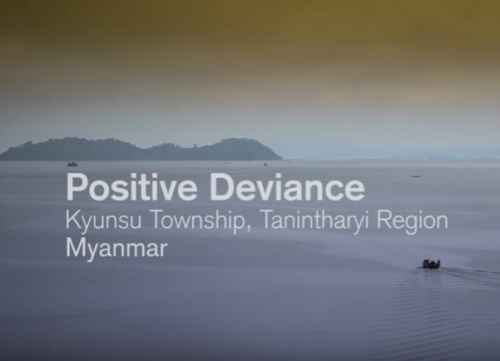 Malaria Consortium is implementing an innovative project that will pilot positive deviance in six villages of Kyunsu Township, in Kadan Kyun -- the largest island in the Mergui Archipelago and a high-risk malaria area of Thanintharyi region in southern Myanmar.

The majority of Kadan Kyun's population is involved in rubber tapping and fishing, occupations which further increase an individual's risk of malaria. The positive deviance (PD) approach is a mechanism for promoting positive knowledge, attitudes and behaviour around malaria prevention and control. It identifies existing positive, preventative and care-seeking behaviours in the community, empowering people to share these with the rest of their community.

Malaria Consortium's work on positive deviance in Myanmar is funded by UKaid /Department of International Development, in partnership with the Myanmar Medical Association.

Filmed and directed by Steve Maud.