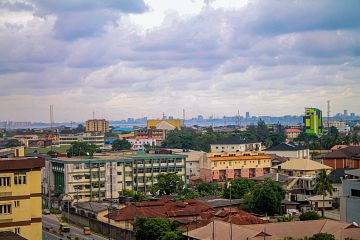 Today, the World Health Organization (WHO) launched a new initiative in the hopes of stopping the invasive mosquito species, Anopheles stephensi, from spreading further in Africa. Through this, national malaria control programmes, researchers, funders and others conducting surveillance, research and control across the region are being urged to join forces in response to this malaria vector.

Africa carries the greatest malaria burden, accounting for around 95 percent of the global burden of the 241 million cases. Historically, malaria in Africa has been largely confined to rural areas. But An. stephensi – previously only seen in South Asia and parts of the Arabian Peninsula – is both a rural and urban transmitter of the disease and a growing threat in Africa. With most urban populations in Africa having little or no immunity to malaria due to the typically low transmission compared with rural settings, the risk of severe malaria in such populations is much greater.

An. stephensi first established itself on the African continent from 2012 onwards, with the mosquitoes first detected in Djibouti, then later in Ethiopia, Sudan, Somalia and Nigeria. Due to weak disease surveillance systems, it is likely that the presence of this vector on the continent is underestimated. With mosquito-borne urban diseases on the rise, the need to confront this threat quickly is now being recognised.

WHO’s new initiative aims to support an effective regional response to An. stephensi on the African continent through a five-pronged approach. The primary focus of these efforts will be to increase collaboration across sectors and borders; strengthen surveillance to determine the extent of the spread of An. stephensi and its role in transmission; improved information exchange on efforts to control the vector; guidance for national malaria control programmes on appropriate ways to respond and prioritising research to evaluate the impact of interventions and tools.

“The WHO should be applauded for this initiative to confront the threat posed by Anopheles stephensi. The new dimension of urban malaria is a major challenge for a continent already beset with a stall in efforts to reduce its malaria burden. We need to gain a thorough understanding of the current distribution of this new vector in Africa, and the impact it is having in urban populations. Strengthening vector and case surveillance will provide answers to these questions, and a coordinated regional response is necessary to prevent further spread”.

“This initiative paves the way for an integrated response to this invasive species, as well as Aedes vectors that are also spreading rapidly, causing multiple outbreaks of arboviral diseases in African cities in recent years. Investment in coordinated research is much needed to explore the effectiveness of different vector control approaches, targeting these mosquitoes that share similar habitats”.