Video series on Malaria Consortium-led project in the Sahel 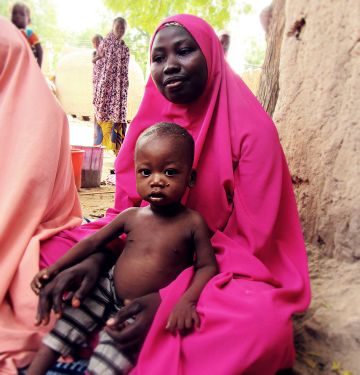 SMC is a relatively new, highly effective intervention to prevent malaria in children under five – those most vulnerable to the disease’s effects. SMC involves administering up to four monthly doses of antimalarial drugs to children aged 3 to 59 months during peak malaria transmission season.

During several visits to ACCESS-SMC teams in Burkina Faso, Mali and Nigeria, Malaria Consortium captured what this project means to families and communities. We spoke to doctors, families, local government representatives and community health workers about the burden of malaria, the difference made by preventing it, and what the ACCESS-SMC project means for the strengthening of local health systems.

The videos below give a glimpse into what it is like to roll out such a large scale project, aiming to save the lives of over six million children.

The impact of malaria is devastating in the Sahel and children under five are the most vulnerable to its effects.

This video introduces the ACCESS-SMC project, illustrating the different stages of roll out and implementation. The people interviewed for this film discuss the successes to date of the project and highlight the remaining challenges, such as the need to further scale up and develop a dispersible formulation of the SMC drugs.

FILM 2: Protecting those most at risk of malaria in the Sahel

In this film, we hear from those who benefit from the ACCESS-SMC project. Zakariya explains what it is like to suffer from malaria while Salamatu, mother of eight, talks to us about the relief she feels now she knows that her children are protected from malaria this rainy season.

FILM 3: Seasonal Malaria Chemoprevention: A promising investment for the Sahel

Malaria is devastating for families and nations alike. Not only does it affect child development, it hinders economic development and acts as an enormous strain to countries' health systems. This film highlights that, when the burden of malaria is lifted, affected countries are given the chance to prosper.

FILM 4: Seasonal Malaria Chemoprevention: Relieving the burden of malaria in the Sahel

In this video we hear from community volunteers and health workers who explain the impact of malaria on the community.

Shefahatu, mother of three year old Umma, explains what happens when the ACCESS-SMC community health workers come to her house to administer the SMC drugs and talks about what this project means for the community.