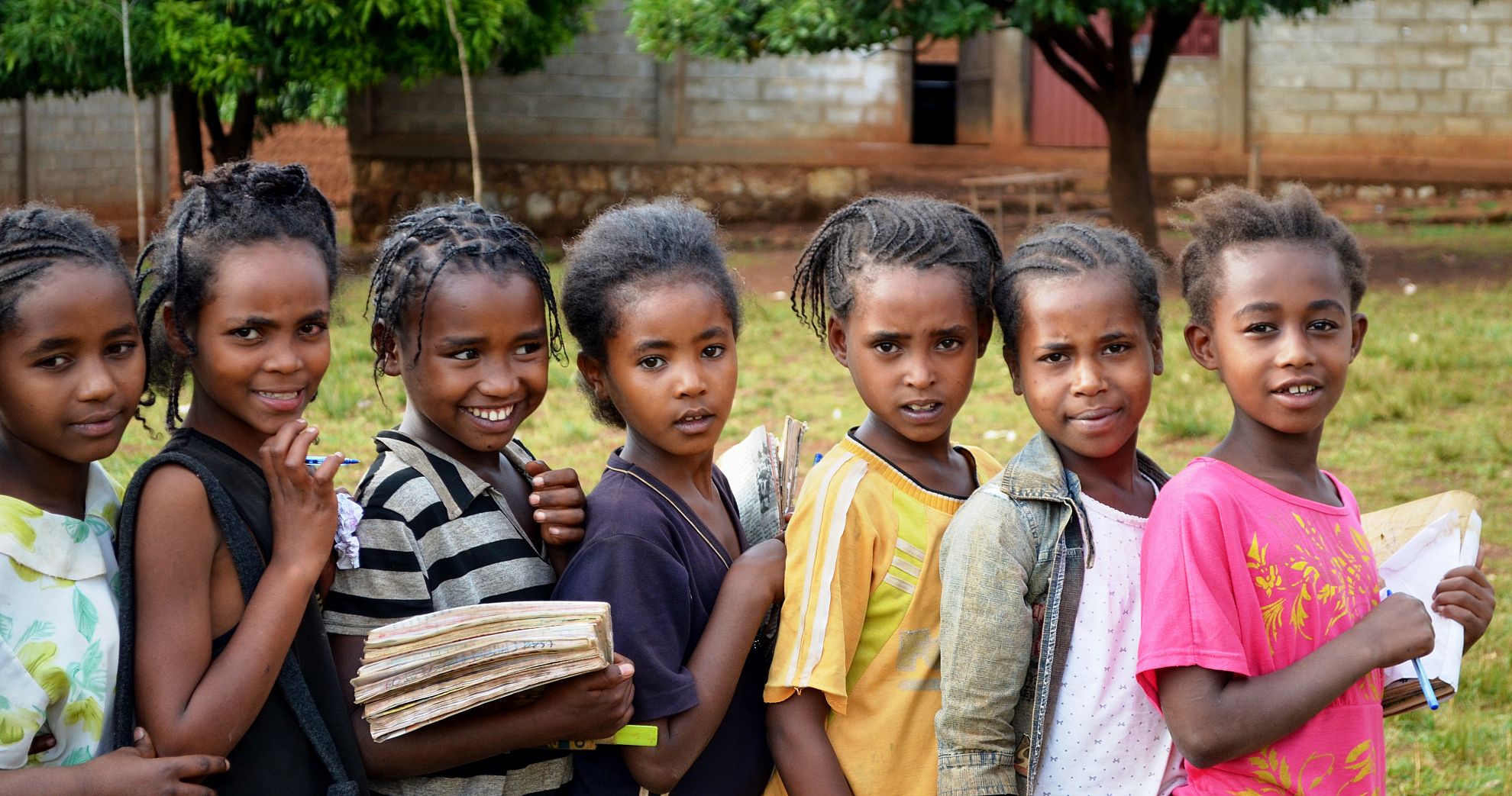 The impact of malaria epidemics, common in Ethiopia, is often seen in schools. During malaria transmission season, and particularly during an epidemic, absenteeism is common amongst students and teachers. Shinshicho primary school, in the south of the country, is in a malaria hotspot.

At Shinshicho Primary School in southern Ethiopia, Malaria Consortium and partners have supported teachers to set up anti-malaria clubs. Informational posters are on display around the school, reinforcing the messages about malaria control learned during the clubs.

A display of a mosquito net in the school playground reinforces not only that pupils should sleep under a net each night, but also how to correctly hang the net. Learning how to hang a mosquito net properly is critical for malaria control. Students are encouraged to demonstrate what they learn in the clubs at home to their parents and friends.

Teachers use flash cards such as these, provided by Malaria Consortium and partners, to explain important messages such as how malaria is transmitted and why sleeping under a net at night is important to reduce risk of the disease.

Shinshicho primary school has over 1600 students up to the age of 14. A speakerphone is part of a package of materials and training, provided by Malaria Consortium for the school clubs. It is used during assemblies or parent days to support malaria awareness raising activities.

In Ethiopia, over two thirds of the population are at risk of malaria. Unlike other sub-Saharan African countries, in Ethiopia, the transmission of the disease can vary significantly from one year to the next. Whilst several years may pass with relatively low levels of malaria, the country is prone to frequent and often large-scale epidemics.

The impact of epidemics is not only clear in hospitals and clinics but in schools too. According to some estimates, malaria accounts for between 13 to 50 % of preventable medical causes of absenteeism.

"Malaria is affecting the teaching and learning process in the school. The area is malaria endemic. Students get sick and are absent. Teachers also get sick and are absent from school. More is said about HIV in local media here but the impact of malaria is not less than HIV," explains the head teacher of Shinshicho primary school in Kembata Tembaro Zone, a malaria hotspot in the south of the country.

With support from Malaria Consortium and the Ethiopian federal ministry of health, Shinshicho primary school is one of 50 project schools in malaria hotspot zones across the southern regional state of the country that has established an anti-malaria club, with the aim of tackling low levels of awareness of the disease. The project, supported by the Global Fund to Fight Aids, Tuberculosis and Malaria, completed in 2012, but using the training and materials provided, teachers at the school have been running the club since.

Through the clubs, teachers and students learn about malaria, the signs and symptoms of the disease and how to prevent it. They discuss critical issues, such as how to use mosquito nets effectively and what to do if they, or a family member, show symptoms of the disease. Students get involved in spreading messages about malaria control, organising dramas for assembly time and parents days, and writing stories and poems.

"After having training and conducting the club, the awareness on malaria has increased and improved. We were able to know how to prevent malaria, how to use ITN and how to get treated early. So not only amongst the students, but even amongst the teachers there's been behaviour change."

With global efforts towards universal primary education, school-based initiatives are increasingly recognised as an effective means of reaching communities with information and advice about health.

"When we are teaching the students, we tell them to reflect, to pass this knowledge to the community. From our observation,in the community, awareness on malaria has improved. Our students are one of the contributors to this change."

This article was also featured on the Guardian hub on Tropical health and malaria.