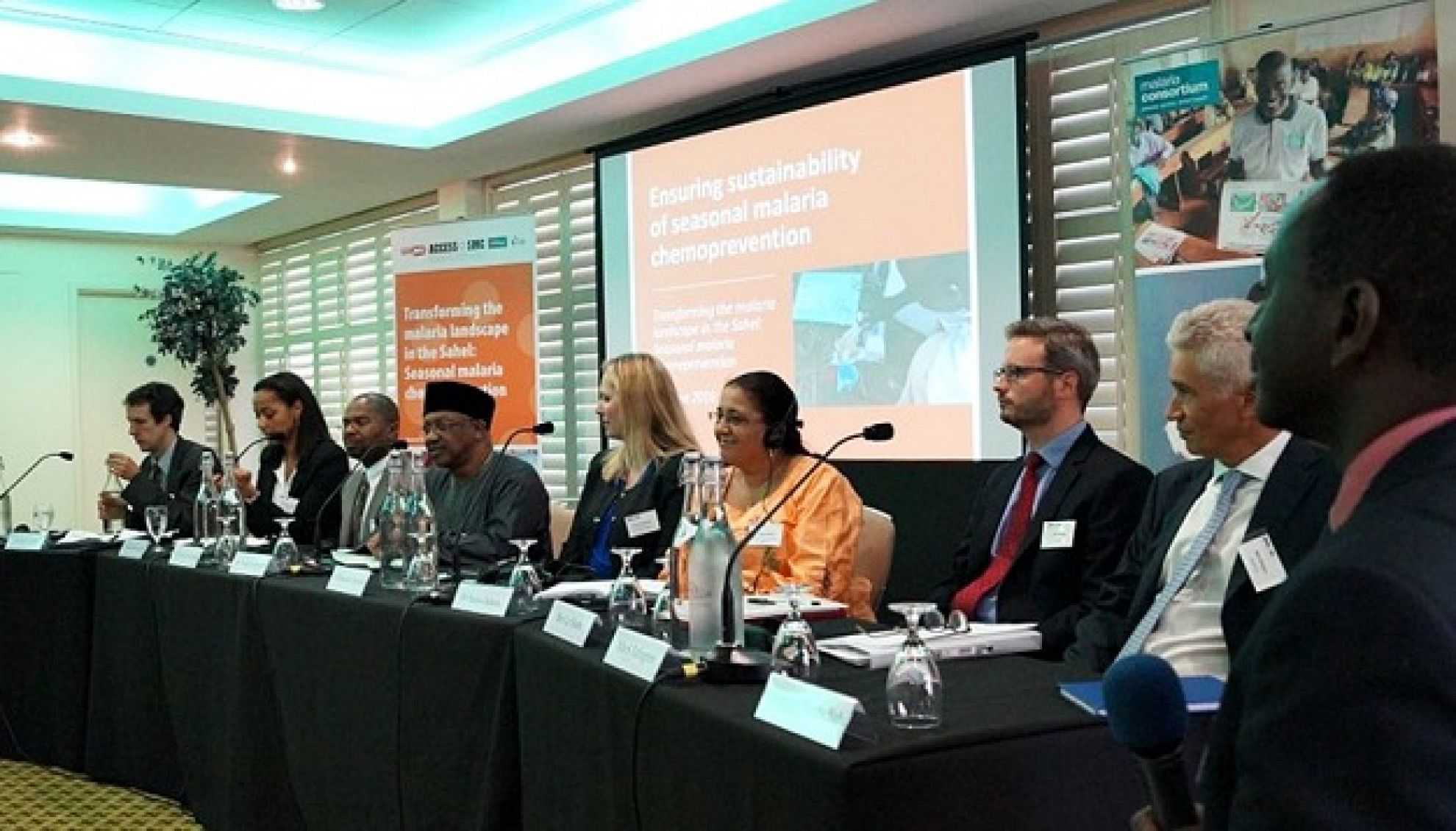 In the Sahel region of sub-Saharan Africa, the risk of malaria increases with the arrival of the rainy season, during which 60% of malaria cases occur. Among those most at risk are children under five. Following successful clinical trials in 2012, the World Health Organization (WHO) recommends the use of seasonal malaria chemoprevention (SMC) in areas where there is a seasonal peak in malaria rates.

There are an estimated 25 million children living in Sahelian countries who are eligible for SMC and for the first time, a Malaria Consortium led project is working to catalyse the expansion and sustained adoption of this intervention in seven Sahelian countries: Burkina Faso, Chad, the Gambia, Guinea, Mali, Niger and Nigeria.

The symposium brought together key stakeholders in the field of malaria prevention to share and discuss results from the first year of the ACCESS-SMC project. ACCESS-SMC, led by Malaria Consortium in partnership with Catholic Relief Services, is a project promoting the scale-up of SMC across the Sahel. It is a three-year UNITAID funded project which will provide an estimated 45 million treatments to 10 million vulnerable children in the Sahel by 2017.

The symposium was an opportunity to address existing challenges to implementation and issues surrounding the sustainability of this approach in the Sahel region. In the first year of the project over three million children received this life saving treatment, with over 94 percent of target children being reached, according to government data. This year, ACCESS-SMC aims to double this impact and reach over six million.

Speaking about the importance of SMC at the symposium, Dr. Peter Olumese, Medical Officer for WHO’s Global Malaria Programme, said "We know from research that in the Sahel region, we can reduce the number of children under five who are falling sick or dying from malaria by up to 75 percent."

Opening the event, Malaria Consortium’s Chief Executive Charles Nelson said, “We need to take the next step in the battle against malaria and transformation is beginning to happen in the Sahel. The results from ACCESS-SMC show that SMC is highly effective at preventing malaria in children under five. We can even say that this intervention marks the beginning of an historic contribution to fighting malaria in the Sahel region.”

For more information about seasonal malaria chemoprevention, including the progress achieved to date, the challenges facing further scale up and key messages for governments and development partners, please download our new SMC advocacy brief.