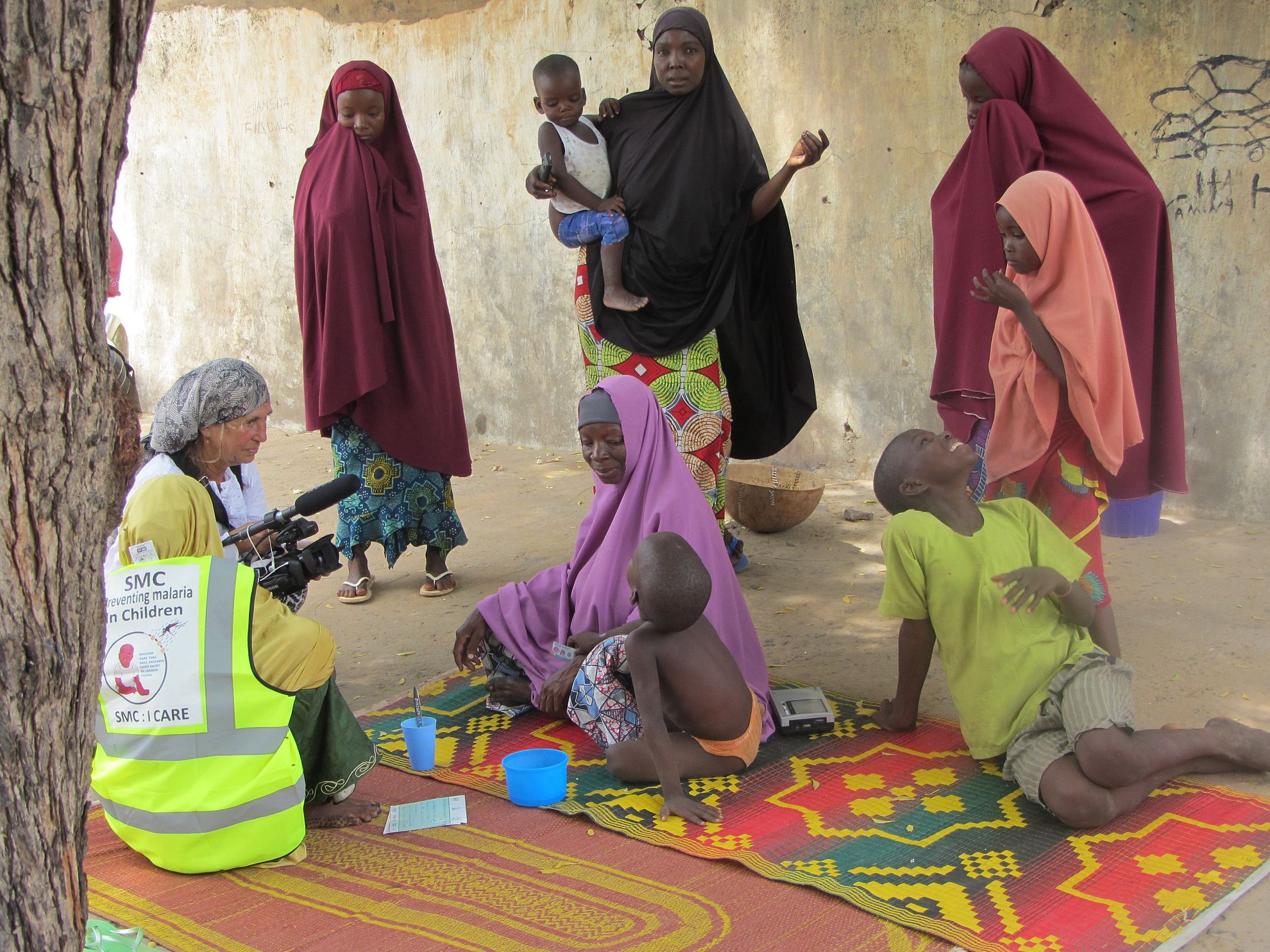 SMC in the Sahel: Protecting Northern Nigeria's most vulnerable population

Malaria is a serious public health concern in Nigeria, accounting for 30 percent of all childhood deaths.

The entire Nigerian population is at risk of malaria all year round, but in the Sahel region of northern Nigeria, this risk increases with the arrival of the rainy season (early July to late October), when an estimated 60 percent of all malaria cases occur.

To protect those most vulnerable to the threat of malaria, WHO recommends seasonal malaria chemoprevention (SMC). SMC is a highly effective intervention to prevent malaria  in children aged 3 – 59 months, which involves the distribution of SMC medication each month, for the duration of the rainy season. When used alongside other preventive methods, SMC can reduce the number of malaria cases by up to 75 percent.

As part of an ongoing project to reduce the number of malaria related child deaths, Malaria Consortium is working to bring SMC to children under five in seven countries[1] across the Sahel. In Nigeria’s north-western state of Sokoto, ‘house to house’ and ‘fixed point’ (e.g. from health centres or schools etc.) drug distributions of SMC have been taking place every month since July to ensure that, this rainy season, those most vulnerable are protected from their biggest threat: malaria.

As this year’s rainy season drew to a close, we met with Salamatou and her family during one of the last house to house drug distributions. While her son Bashar (4 years old) received his final dose of SMC, Salamatou explained what SMC means for her family.

Following the community health workers (CHWs), we enter Salamatou’s home. As custom dictates, the female CHW enters, while her male counterpart waits outside. The female CHW, Aicha aged 18, introduces us and explains the purpose of our visit: to document the SMC distributions as part of the 2015 SMC campaign. As we settle on the rugs laid out in the courtyard, Salamatou’s family joins us, preparing the children to receive their 4th and final dose of SMC for the year.

Before administering the SMC medication, Aicha must first establish whether the eligible children have received the first 3 doses of SMC and whether or not there have been any adverse reactions to the drugs. She must also enquire as to the general health of the children in order to understand whether they may be suffering from any illness that would prevent them from receiving the SMC medicine.

Salamatou’s 4 year old son, Bashar is deemed in good health and eligible for his final dose of SMC. As Aicha prepares the yellowy mixture of SMC drugs, water and sugar, Salamatou describes her sense of relief thanks to this campaign.

“I have eight children. All of them have had malaria so I am very happy to have SMC now,” explained Salamatou. “Since my son started taking this medication, he has not been sick. This is the first year he has not had malaria.”

This lifesaving treatment has not only prevented her child from getting malaria this year, it also has an economic impact for her family, “I am so happy to give my children this medication. I am happy that they are not sick and that we have not had to spend money on drugs or visits to the health clinic. Having SMC makes such a difference to our lives. It really helps our community, our country”.

Achieving Catalytic Expansion of Seasonal Malaria Chemoprevention in the Sahel (ACCESS-SMC) is a UNITAID-funded project led by Malaria Consortium, in partnership with Catholic Relief Services (CRS) that will provide 15 million SMC treatments in 2015 and 30 million treatments in 2016 across the Sahel region.

ACCESS-SMC is the first project of its type to provide SMC on such a large scale, and there are many challenges to be overcome before this lifesaving treatment reaches all 25 million eligible children living across the Sahel.

Salamatou’s son is one of the 7.5 million children that this project aims to protect.

How does SMC work?