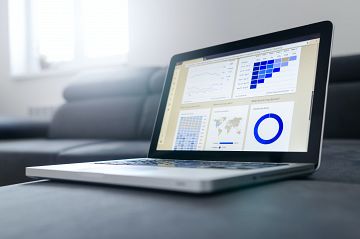 In a new perspective paper published in IntechOpen, Malaria Consortium experts outline the importance of surveillance systems that are able to adapt to changing circumstances as a crucial component to achieving resilient and effective systems that support national malaria elimination targets.

Co-authored by Arantxa Roca-Feltrer, Ann-Sophie Stratil and James Tibenderana, the paper is part of a recently published book: Current Topics and Emerging Issues in Malaria Elimination.

“We know that countries that have eliminated malaria — or have nearly done so — have documented significant improvements in their surveillance systems that made it possible to deploy a range of interventions and adapt them to needs over time. This ability to develop adaptive, responsive surveillance and information systems has been consistently reported as a key component of elimination programmes,” said Arantxa Roca-Feltrer, Malaria Consortium’s Head of Surveillance, Monitoring and Evaluation.

The paper goes on to outline the fundamentals of robust malaria surveillance systems, one that encompasses all steps from the recording and reporting of data to data analysis and presentation, interpretation and evaluation and finally, the dissemination and use of information. A malaria surveillance system is considered functional and responsive when it can produce evidence-based information that is routinely used for planning and decision-making. Adaptive surveillance and information systems undergo continuous improvement cycles that are triggered by the evolving country-specific malaria epidemiological factors as well as changing external factors. This leads to a resilient and robust system capable of responding to all situations and reaching malaria elimination.

Malaria Consortium has been supporting surveillance activities in Africa and Asia since 2009. In particular, providing technical expertise to countries and regional platforms to support the development of smarter, data-informed surveillance strategies that will be key to achieving the World Health Organization’s (WHO) target of reducing malaria cases and deaths by 90 percent by 2030.