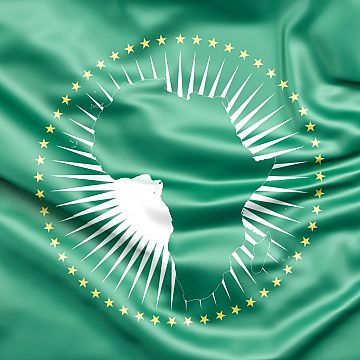 Earlier this week, African Heads of State and Government were urged to take decisive action if they are to be in with a chance of achieving the goal of eliminating malaria by 2030.

Meeting for the 35th Assembly of the African Union (AU), Members were presented with the 2021 African Union Malaria Progress Report, compiled by the African Leaders Malaria Alliance (ALMA), the African Union Commission and the RBM Partnership to End Malaria. The report gave an update on the status of malaria on the African continent and the progress made towards the goal of eliminating malaria in Africa by 2030, a goal previously set by Members in the Africa Health Strategy.

Highlighting the missed target of reducing malaria incidence and mortality by 40 percent by 2020, the report emphasises that the African continent is not on track to eliminate malaria by 2030, with numbers of malaria cases and deaths instead moving in the opposite direction. There were an estimated 232 million malaria cases (96 percent of the global total) and 611,802 malaria deaths (98 percent of the global total) in Africa in 2020, an increase of almost 13 percent in malaria deaths compared to 2019. Almost 50,000 of these deaths were attributed to disruptions to malaria programmes and broader health services caused by the COVID-19 pandemic.

The COVID-19 pandemic was acknowledged to have compounded challenges putting acute and continued strain on Member States’ health systems and economies across the continent. Despite proactive action taken to mitigate supply chain bottlenecks caused by the pandemic, disruptions remain a threat to the ability to sustain malaria interventions and broader health services.

An increasing incidence of insecticide and drug resistance is also flagged as a major threat to the control and elimination of malaria, with recommendations for the deployment of next-generation commodities at scale in order to preserve gains and sustain progress. The report also underscored the importance of advocating for and securing funding in the upcoming replenishment of the Global Fund given that approximately 63 percent of activities in national malaria strategic plans are currently unfunded and additional, new tools, such as the first malaria vaccine will come at a higher cost.

The report’s authors insist however that progress made in the past two decades, reducing malaria mortality by 57 percent, and improved accountability, action and data quality and use is a solid foundation on which to build. They call for Member States to recommit to keeping malaria high on national development agendas, in particular mobilising additional resources from the domestic private sector, empowering communities to act, strengthening data and evidence-based governance, accelerating the deployment of new malaria commodities and interventions, and actively engaging youth leaders.