Global gains in combatting malaria have levelled off, says WHO's annual report 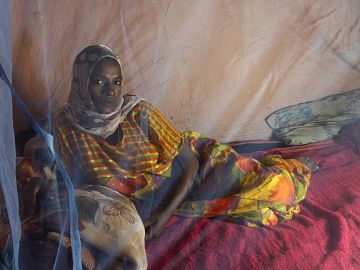 The report acknowledges that the last twenty years have been an unprecedented period of success in global malaria control, with an estimated 1.5 billion malaria cases averted and 7.6 million deaths from malaria averted between 2000-2019.

However, despite remarkable progress, it cannot be ignored that global gains in combatting malaria have levelled off in recent years, and many high burden countries have been losing ground.

Thankfully, the figures outlined in the World Malaria Report suggest that the worst-case scenario for the doubling of malaria deaths due to disruptions to interventions caused by the COVID-19 pandemic has been avoided. However, the pandemic has been a stark reminder that resilient health systems are essential to consistent progress and has further exposed some of the weak links that have played a part in not making more significant progress towards the ambitious targets in the Global technical strategy for malaria 2016-2030 (GTS).

Surveillance is a critical pillar of the health system and needs to be strengthened. The collection and use of robust, timely data is essential for effective surveillance and targeted responses. Continuous accurate granular malaria and entomological data should be routinely visualised and interpreted to inform surveillance-based responses. Interpretation of long-term trends and impact evaluations should include contextual information such as socio-economic changes, migration, social instability, climatic changes to guide informed decision-making. Effective surveillance requires national stewardship and coordination, working in partnerships with key stakeholders and a collaborative, transparent approach to timely sharing of information.

“We need to invest in community engagement with much better integration of community level data to inform and support surveillance efforts, which are still missing in many countries. Surveillance that brings fragmented information systems together and helps in understanding how malaria incidence is affected by, and impacts on, the bigger picture.” says Arantxa Roca-Feltrer, Malaria Consortium’s Head of Surveillance, Monitoring and Evaluation.

“To make significant and meaningful progress in reducing the number of deaths from malaria, surveillance needs to aid timely decision-making at all levels including the health facility and community levels. For this to happen, protocols, accountability and infrastructure need to be in place to respond to that data. There must be responsiveness to findings from routine malaria information systems, governments owning data collection and use and ultimately integrated early warnings and feedback mechanisms through all levels of the health system.”

Improved and better integrated surveillance systems will ultimately not only improve outcomes for malaria but improve health outcomes more widely and build more resilient health systems better able to cope with events like the COVID-19 pandemic. Malaria Consortium works closely with governments to build surveillance into their health systems and is looking at ways to improve data visualisation trends to make it easier for decision makers to understand and act on data.

Another key finding to come out of this year’s World Malaria Report is the continued success and growth of seasonal malaria chemoprevention (SMC) as an intervention. In 2019, a total of 21.5 million children under five in 13 African countries received this preventive treatment during the high-transmission rainy season and we expect this to grow even further in 2020, with Malaria Consortium supporting the delivery of SMC to 12 million children this year.

Capitalising on this and other successes will be important and we must look ahead for ways to do them even better; adapting, targeting, scaling up and applying interventions like SMC to new contexts where the tailoring of drug-based prevention with other proven interventions is likely to achieve maximum and sustained impact with the limited funding available. Malaria Consortium is doing exactly this, reflecting on the adaptations and innovations that can be introduced to SMC to overcome potential limitations and are working within the HBHI initiative to introduce and evaluate the protective effects of SMC in Mozambique and Uganda.

“Investment in operations research should remain a priority for national governments and their development partners,” reflects James Tibenderana, Malaria Consortium’s Technical Director. “Understanding the context-specific causes of why there is low access to, and use of, interventions such as Long lasting insecticidal nets (LLINs), Intermittent preventive treatment in pregnancy (IPTp) and parasitological diagnosis is critical to identifying limits to the effectiveness, efficiency or quality of a programme. Only then can appropriate solutions be implemented.”

Despite much work still to be done towards achieving malaria elimination, we can take encouragement from this year’s World Malaria Report. The RTS,S malaria vaccine pilot which launched last year in three African countries is another key milestone and we hope that continued investment in the development of malaria vaccines remains a priority, particularly with the emerging biological threats that could erode some of the gains made in the past 20 years. The Greater Mekong subregion has made remarkable progress towards achieving the GTS targets, having reduced malaria cases by 90 percent since 2000, with an accelerated decrease in P. falciparum cases by 97% - especially notable in view of the threat posed by antimalarial drug resistance there. Perhaps the greatest encouragement can be taken from the remarkable collective effort made by the malaria community in the context of COVID-19 to ensure that over 90 percent of planned malaria campaigns have been successfully delivered.