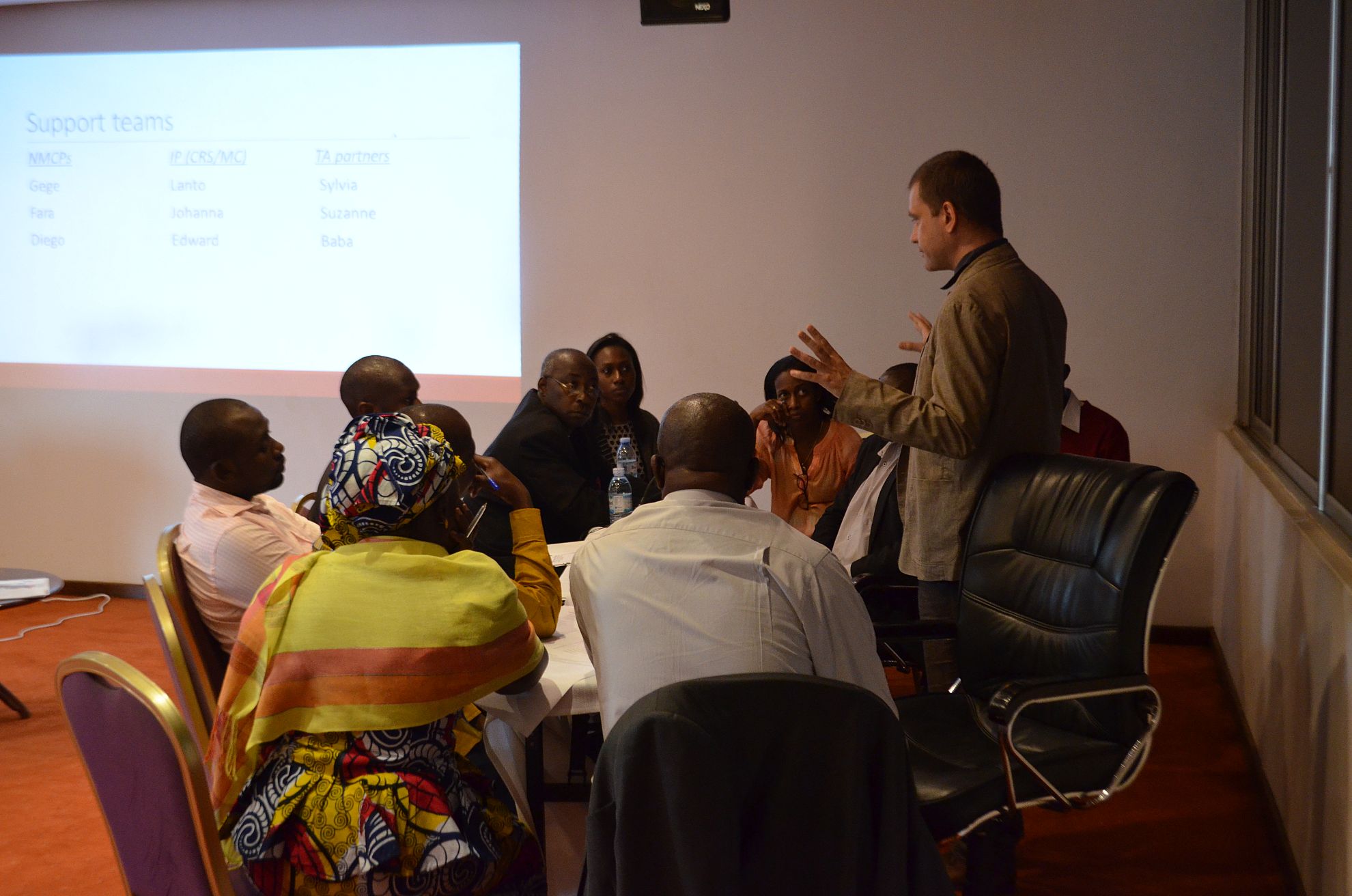 As ACCESS-SMC countries [1] prepare for the launch of the 2016 SMC campaign, during which twice as many children will benefit from the lifesaving preventive treatment, they were given the opportunity to reflect on lessons learned and share best practices from 2015 at the ACCESS-SMC partners' meeting held in Kampala, Uganda.

Gathering for the first time in a year, the ACCESS-SMC supported countries have taken great strides since the 2015 partner's meeting. Back then, many of the country teams had not implemented an SMC campaign and yet in less than one year, over 3 million children in seven countries across the Sahel had received lifesaving seasonal malaria chemoprevention treatment; according to Charles Nelson, CEO at Malaria Consortium, this represents 'a major contribution to the fight against malaria in children under five.'

Using the momentum and success of year one, ACCESS-SMC supported countries gathered to share lessons learnt from the 2015 campaign and plan for the upcoming 2016 mass drug distributions, due to start in July. This year, over double the children will benefit from SMC as we creep towards the goal of reaching the 25 million eligible children living across the Sahel.

Key lessons were learned as a result of the 2015 campaign about how to develop effective and sustainable pathways for SMC delivery. With seven countries supported by the ACCESS-SMC project, seven diverse approaches to SMC implementation were developed, each one appropriate and unique to the national and cultural needs.

In certain countries, the existence of gender issues became increasingly clear as a significant hurdle to quality implementation and supervision of the SMC campaign, especially in countries where Community Health Workers (CHWs) and supervisors were predominantly male (such as in Niger and Nigeria); oftentimes, they were not granted permission to enter the family homes of beneficiaries. Examples from other countries, such as Chad, where a combination of men and women worked together to distribute the SMC medicine, is inspiring other countries to adopt this best practice. In preparation of the 2016 campaign, more women will be trained as CHWs and supervisors, to ensure that all eligible children are reached and drugs are administered following the appropriate practices.

In some countries, gender issues also represented an important issue for mothers of eligible children, particularly in urban areas, where fixed points such as health centers were used as points of distribution. In many cases, mothers were unable to bring their children to the distribution of SMC at the fixed point, as they are not permitted to leave the house. To counteract this problem in Niger, the house to house distribution approach will be used in large urban areas during the 2016 SMC campaign.

Many countries had problems with the timely reporting of implementation data. In The Gambia, the use of tablets and mobile technology ensured that CHWs were able to record and transfer near real time data to the health facilities, allowing for improved decision-making, more efficient and accurate allocation of resources. Following in the digital success of The Gambia, countries such as Guinea, Mali and Niger are also preparing to adopt the digital approach for data collection in the 2016 campaign.