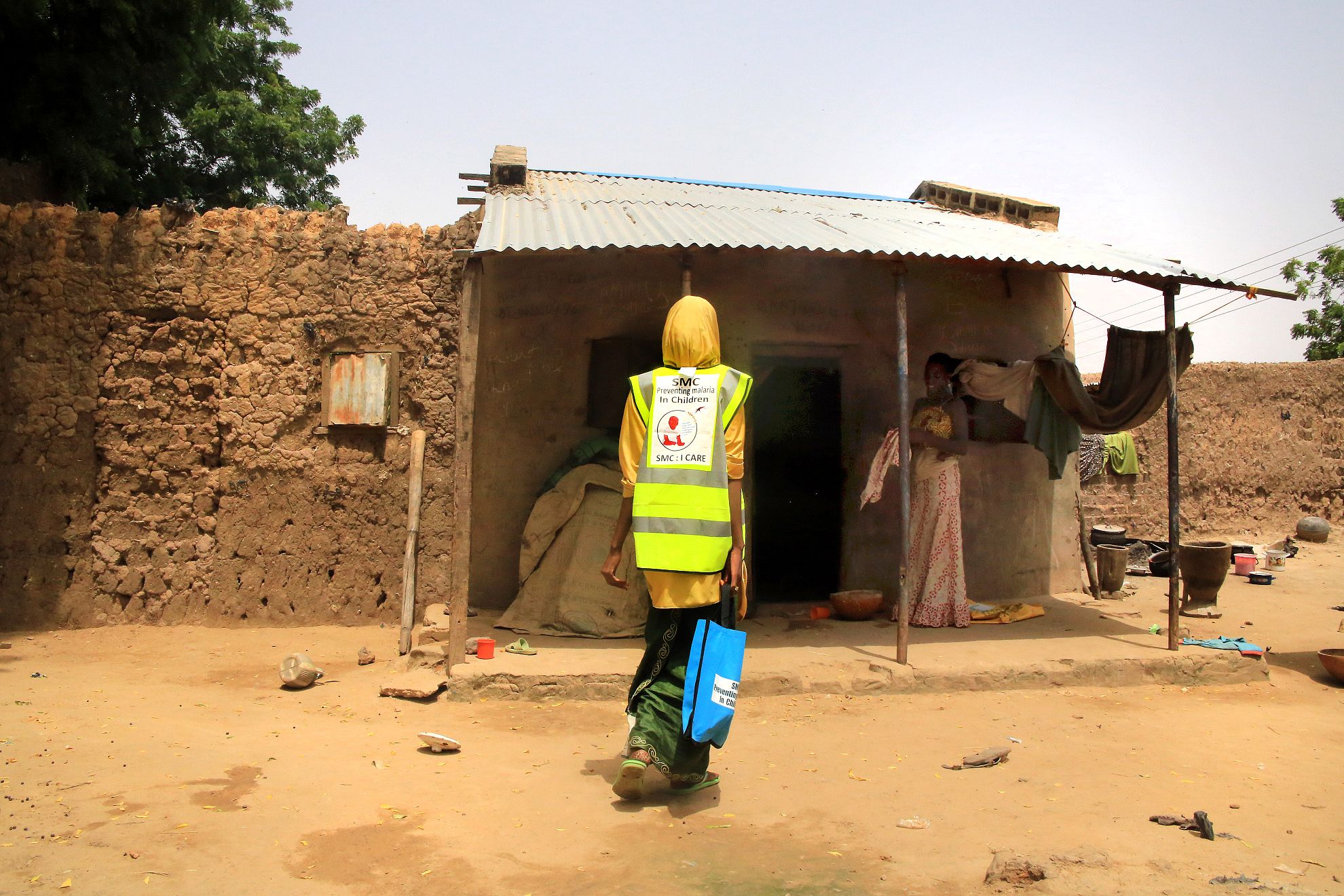 Community Health Workers (CHW) play a key role in the ACCESS-SMC campaigns, each of them administering life-saving preventive malaria treatment to hundreds of children every day.

As CHWs, most of the people participating in the distribution of the seasonal malaria chemoprevention (SMC) treatment have also taken part in other mass drug administration campaigns, whether it be for polio, vitamin A or soil-transmitted helminths and schistosomiasis, but few are met with such enthusiasm as the SMC campaign. Due to the effective nature of the SMC drugs, CHWs unanimously report an increased sense of trust from the parents of the children they treat. "The families trust us, they look forward to our arrival to give their children the SMC drugs, as they know that this is going to protect them from malaria during the rainy season, when they are most at risk," (Community Health Worker, Boulsa, Burkina Faso).

In 2012 clinical trials demonstrated that SMC is effective at preventing 75% of malaria cases and malaria related deaths in children under five. In 2015, after only the first two cycles of SMC drug distributions, reductions in malaria cases and malaria-related deaths (31 percent and 44 percent respectively), were reported in Burkina Faso. As a direct result, the demand for illegal, counterfeit drugs has reduced significantly, in turn protecting children from the dangers of counterfeit medicines, as well as the threat of malaria. This is demonstrated by the decreasing trends of morbidity and mortality in the preliminary results from ACCESS-SMC’s impact research.

While there has been a significant reduction in the number of malaria cases and malaria related deaths in areas participating in the ACCESS-SMC project, there is still a great deal that can be learned from the experience of the CHWs to improve the efficacy of the campaign, reaching more children with the lifesaving SMC treatment.

One of the key successes of the first year of the ACCESS-SMC project is the diversification of the SMC market. As a result, this year the task of the CHW has been facilitated by the arrival of the new dispersible child-friendly formulation of the SMC preventive treatment, which will be given to 65% of eligible children. This dispersible formula is both easier to administer and is more palatable for the children. “With the dispersible formula, the children don’t mind the taste. Virtually none of them spit it out like last year. The new formula is also much easier for the Community Health Workers to administer, as they no longer have to crush the drugs or add sugar before giving to the children,” explained ACCESS-SMC Project Director, Diego Moroso.

While feedback from the field suggests that the arrival of this new dispersible formula is a great success, there are still many aspects of the SMC distribution that need to be improved in order to ensure maximum efficiency of the campaign. As part of a CHW focus group meeting, held earlier this year in Burkina Faso, CHWs from all ACCESS-SMC participating districts shared their experience of SMC distribution and ideas as to how this could be improved.

Finding children in the fields

A key challenge for the CHWs is locating eligible children and their parents and achieving maximum coverage of eligible children in the short time frame given for each cycle. Oftentimes, when the CHW reaches the homes, the family is already working in the field. When this occurs, CHWs move on to the next home and continue their rounds, however they must return to the homes where no one was found in the evening. Having to return to the same place, twice, increases the time spent by the CHWs carrying out the campaign and means that they often do not finish working until late at night. As a solution to this problem, the CHWs in Burkina Faso have suggested carrying out fixed point distributions in each village. This would mean that the villagers would be made aware that the distribution of SMC would be happening at a certain place, such as a school, or market, over a specific period of time and would mean less travelling to hard to reach places, often to find the families are out, for the CHWs. We must consider the evidence that we have available in order to ascertain which approach allows more children to be reached.

Beginning very early in the morning and finishing late at night, the task of the CHW is a tiresome one which is made even more difficult given that the distributions must take place during the rainy season. Heavy rains that block the roads, and crops which grow in abundance make the identification and reaching of homes even more difficult. To account for these difficulties not only in finding the children, but in reaching their homes, the CHWs have suggested that the distribution cycles take place over a longer period of time. An extra couple of days per cycle would allow for CHWs to revisit homes where families were absent and allow for flooding to subside. These suggestions will be reviewed during the end-of-round review meetings that will inform strategies for 2017.

Click here to see the affect of the heavy rains.

Click here to see the ACCESS-SMC CHWs at work.