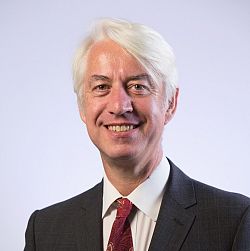 After graduating from Oxford University with a BA (Hons) in Biochemistry in 1985, Mark entered the City of London and began a 30-year career as a financial analyst specialising in the pharmaceutical industry. In July 2015, he left Deutsche Bank in order to set up his own investor relations and communications consultancy, BIApharma LLP, and to devote a portion of his time to volunteering activities.

Mark's interest in the field of tropical diseases began with an undergraduate placement in the University of Colombo, Sri Lanka in the early 1980s, during which he witnessed first-hand the devastating effects of malaria, dengue fever and lymphatic filariasis.  In his final year at Deutsche Bank, Mark authored the City's only dedicated report on the pharma industry and its role in the treatment and prevention of NTDs ("Tropical diseases; social responsibility, neglected market"). He has since continued this interest by volunteering with Malaria No More UK and with the International Society for Neglected Tropical Diseases.