As the world marks International Women’s Day, the progress that has been made since the day was first officially adopted in 1975 is a cause for celebration and pride. But there is still much more work to do.

Malaria Consortium advocates for improvement of the status of women in all of the countries where we work. Women play an invaluable role in communities across Africa and Asia in the fight against malaria, NTDs and other diseases, and are key to strengthening community-based primary healthcare. Below we set out some bright spots of progress in the role of women in improving heath in the world’s most vulnerable communities, and also areas where progress is needed urgently. 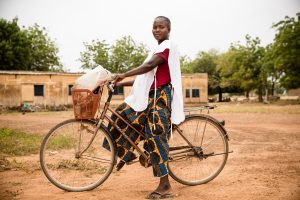 The improving representation of women in Ethiopia has been underlined by the appointment of women to make up 50% of the national cabinet. Elsewhere in the country, the Health Development Army (HDA), a network of female volunteers, has been working in communities to deliver health education and support to families. Through our ICIMS project, we supported the training of HDA volunteers to improve their ability to recognise malaria signs and symptoms. They effectively engaged the community and were key to the success of many SBCC activities.

Learn more about the Health Development Army and the ICIMS project 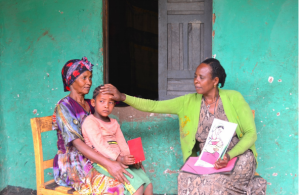 In many scenarios in Nigeria and South Sudan, women are found to be less literate than men. This can pose challenges to dealing with health issues where many tools are not designed to be sensitive to these inequalities. To combat this, we have trialled tools that are based largely on images and illustrations to enable low-literate women to play a role in providing health services in remote communities.

An enduring need for progress

Despite an acknowledgement of the challenges faced by women in relation to health around the world and examples of positive action taking place in vulnerable communities to address this, there remains an urgent need for progress when opportunities for women are still hampered by lack of education, lack of decision-making power, lack of economic security and poor representation on the political stage.

At the end of the next decade, the world will stand on the cusp of passing two major milestones – the achievement of goal 5 of the Sustainable Development Goals, which calls for gender equality worldwide, and the achievement of Universal Health Coverage. The promotion of the role of women in healthcare will be crucial on the quest to pass these milestones. Malaria Consortium will continue to advocate and innovate to achieve a balanced world where the role of women is enabled and celebrated.